Snoring is one of the great clichés. In cartoons, you just know that a blissfully snoring dog, cat, or human is about to be startled by an explosion or some scaringly loud noise.

In movies or TV ads, snoring is a shorthand for peaceful rest, or a way to poke gentle fun at a character.

But the truth is that snoring is no laughing matter. Very often it’s a sign of sleep apnea, a harmful disorder that has been positively linked to diabetes-both as a contributor to the disease and one of its outcomes. Health problems linked to sleep apnea include high blood sugar, hypertension and heart disease.

What It Is and How It Harms

Officially, the condition is called “obstructive sleep apnea,” where the air passage between the throat, tongue, and soft palate becomes obstructed during sleep because muscles there relax too much. That often leads to the worst manifestation of sleep apnea, when the person suffering from it stops breathing completely.

He may go 20 or 30 seconds without drawing a breath. Then, as the oxygen-deprived nervous system automatically kicks in with a reflex gasp, the sleeper loudly draws in air through his mouth. Some are temporarily awakened by the gasp, and may toss and turn to a more comfortable position to try to aid air flow.

For most though, the gasp is unconscious and there’s no attempt to move to a better breathing position. But even changing position works for only awhile. Back asleep, the apnea sufferer’s relaxed throat muscles soon block off air flow again, and the pattern of stopped breathing begins anew. Then comes the reflex gasp, which can occur dozens or even hundreds of times in one night.

This vicious cycle of stopping breathing, gasping for breath, then repeating the process is hard on the heart. Repeated drops in oxygen levels brought on by stopping breathing take a long-term toll on the heart muscle. It also wrecks any attempt at restful, uninterrupted sleep. Apnea sufferers often rise in the morning tired, even exhausted, from their restless night, and spend much of the day feeling sleepy.

Who’s Likely to Get OSA?

OSA is most commonly associated with being overweight. The heavier you are, the more likely you are to develop a weight-induced obstruction of the air passage.

How is OSA linked to diabetes? For one thing, the repetition of stopping breathing then suddenly starting it again creates stress, which the body responds to by increasing its blood sugar level-“fuel” for fighting the emergency. But the body doesn’t really have a way to use that extra glucose. In overweight people who are not yet diabetic but have become increasingly insulin-resistant, sleep apnea produces a hard push toward full-blown type 2.

What You Can Do to Counter It

Before seeking medical intervention for sleep apnea, there are several ways you can ease its symptoms:

The American Diabetes Association, Web MD, and similar websites have more information on the aspects of sleep apnea. Useful search terms include: 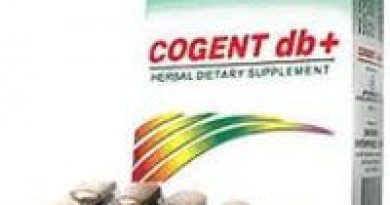 Indian Type 2 Medication Could be Studied by Mayo Clinic