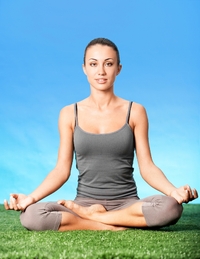 The following article documents a very personal way of approaching diabetes.  Always check with a healthcare professional before changing your diet or your diabetes care regimen.

I first learned about the raw food diet from an American-born, Islam-converted man who was working in Morocco. We were sitting around the table of a learning center he ran in Marrakesh. Upon seeing me check my blood sugar, he recommended a documentary that followed the effects a raw food diet had on seven people with diabetes. He was neither pressuring nor assuming, but offered the information just as all ways of being and belief systems should be offered, in a soft-spoken voice.

I left the blazing heat of Marrakesh and spent the rest of the month traveling throughout western Africa, eating copious amounts of the heavy carbs and highly sugared tea that saturate the local diet. The raw food concept intrigued me, though, and upon returning to the United States that summer I embarked on a five-week “cleanse.”

The theory behind raw foods, at its core, is a simple one. Humans are the only creatures on earth to cook their food. It is a practice, argue raw foodists, that is unnecessary and lowers the level of nutrients and minerals in our diet. We are, like the world around us, made up of between 70 and 90 percent water, depending on our age. By allowing the natural water in our food to remain until it is absorbed by our digestive system, we give ourselves higher levels of energy and increased health.

The body, as a system, is constantly trying to heal and sustain itself. Wounds scab over, and cells reproduce. An argument put forth in alternative annals says that by injecting insulin without addressing the issues that could be causing the body to attack itself, we are only perpetuating damage over the long run. High levels of injected (artificial) insulin create a kind of “heat” in the body, a friction from the constant battle between high levels of sugar and insulin that is not being naturally produced by the body. This friction can lead to the long-term consequences of diabetes-organ dysfunction, blindness, and loss of feeling in limbs, to name a few. By cleansing the body of toxins through the wholeness and naturalness of raw foods, this friction is reduced, which can have dramatic effects on the ability to control blood sugar.

I am not a die-hard raw foodist, and nor am I so dedicated to alternative medicine that I view all Western medicine as harmful and “wrong.” I believe that every person’s body needs a combination or mixture of all different forms of healing to keep it in the most harmonic, balanced state.

Western medicine claims that there is, as yet, no cure for type 1 diabetes. So why not look beyond that one source of medical commentary and see what other, ancient forms have to say? Ancient wisdom has said in various ways that no illness is created without a cure and that the ability to heal lies within all of us.

In my personal journey, I have explored many different forms of healing, ranging from acupuncture and Chinese herbs to hypnosis, breath-work, kinesiology, meditation, animal and flower essences, therapy, reiki, supplemental pills, and raw food diets.  My connection to my disease has led me to deeply spiritual places, places that allow me to examine the origins of dis-ease and its purpose in my life.

I am not advocating that everyone view illness in spiritual terms. Our relationship to our body is the most sacred and personal one we have, and one that must be entirely our own. Rather, I am advocating for an extended discourse on exactly what illness is and where it could be coming from. Western medicine does not know the cause of type 1 diabetes. Practitioners believe that it has ties to genetics and may be affected by toxins in the environment or injections that set off autoimmune reactions. Type 2 diabetes is linked more solidly with poor diet, lack of exercise, and genetics. Not surprisingly, the form that has more understood and accepted origins is also the one that is deemed “curable.

At a point in human history when one out of three children worldwide will develop diabetes, the disease has become an epidemic, and it is of paramount importance for us to look further into alternative routes of prevention, treatment, and healing.

I believe the root of the disease is toxins: toxins in what we are eating, toxins in our environment, and the toxic quality of societal consciousness at the present moment. We have lost a connection to what we need in order to survive and to flourish: healthy foods, relationships, and spaces. We are in imbalance, and the level of disease in our society is a mark of this.

Whether my diabetes is cured today, cured a month from now, or remains with me in some form throughout my life, I know that I will not suffer from its long-term consequences. I treat it well, and, in return, it treats me in the same manner. In the short-term, the pauses I take a few times a day to check my numbers and inject are nothing more than constant reminders to be aware of how I am doing, to check in with myself, and to make myself present.

My A1C levels have remained between 5.4% and 5.6% since my diagnosis five years ago. That puts me in the category of “nondiabetic,” though I tested positive for the antigens that correlate to the disease. Incapable of understanding what is going on in my body, doctors have retested me to make sure I actually have the disease. By normal standards, I just shouldn’t be doing this well.

I have gone completely off insulin twice, following the raw food diet and finding that my blood sugar remained stable even after meals that contained sugars (good, natural sugars such as fruit and nuts). Because I am at school and enrolled in a meal plan, I am unable to eat raw currently, so I need to inject certain amounts. But in the future, I plan on extending my raw food experiment from one month to four to see how my body can relearn and heal itself.

I in no way intend to insinuate that diabetes is an easy disease that everyone should just “get over” or be constantly positive about. Illness is, and always will be, a challenge. Instead, I am arguing that we can make use of the different lenses available to us through which we can view its place in our lives and in our bodies. We should not throw out the last century’s advances in Western treatment and understanding of diabetes, but nor should we turn a blind eye to the more “old fashioned” (read ancient) ways that can help us maintain balance and health.

Illness can bring pain, fear, and death, but it can also be a guiding light, and the distance between the two is often overestimated. When I think back to the kind, soft-spoken words that were passed on to me on that hot afternoon in Morocco, I am led to remember all the incredible healers and teachers I have met as I search to understand my disease better. In each and every one of them is a certain quality of light, an assuredness in addressing me that I have learned to carry over to the way I address my disease. We must speak about and to our challenges and fears with the same compassion, kindness, and understanding. 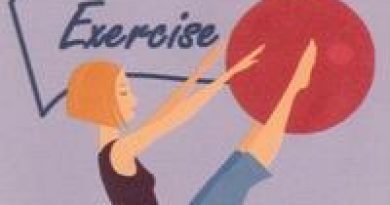 Type 1 Diabetes: Are You Keeping Your Questions In Check?