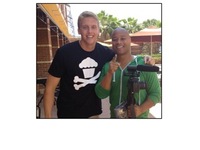 Not long ago, celebrity chef Charles Mattocks, who was recently diagnosed with diabetes, came across the twitter account that I use to connect with the diabetes community. He called me and told me about his idea for making a documentary about diabetes and asked if I would like to participate. Charles saw the need for an up-close view of our disease that would be very supportive of the diabetes community. Having had type 1 diabetes for 12 years, I jumped at the opportunity to be a part of a film that focuses on the struggles of dealing with diabetes.

A sense of isolation is something that all of us feel at times. When we are stressed about work, school, friends, or relationships, it weighs us down mentally and physically, reinforcing our tendency to feel lost in our own life. Although we all encounter potentially stressful issues every day, diabetes has the ability to make us feel even more alone.

I know, because I still experience this from time to time. In the beginning, type 1 diabetes scared me. Having to manage a disease that is incurable, has serious symptoms, and can destroy your body over time was horrifying to me. But once I decided to accept the fact that diabetes was now a permanent part of my life and that I could control it, things started to get better. I began to look for others who were like me and tried to learn everything that I could about diabetes. I found that having a support group was critical, not only for my psychological struggle with diabetes, but also for my daily physical struggles. I felt that by participating in the documentary Charles was producing about diabetes, I could help others enlarge their support group.

Charles “The Poor Chef” Mattocks made a name for himself by creating delicious meals for under seven dollars, making him an instant hit and turning him into a celebrity chef around the country. He can be seen making guest appearances on The Dr. Oz Show, The Today Show, and many other food programs. His most notable accomplishments include a successful cookbook, a chocolate bar line, and his current project, the production of a documentary film on diabetes titled “The Diabetic You.”

I had the privilege to be included in the movie and had a great time shooting some scenes earlier this week. Charles is very passionate about diabetes and his mission to help others, which is visible in his work. He made me feel right at home throughout the entire process and never seemed rushed, which I am sure is hard to do with a schedule as busy as his. We talked about the mental aspects of diabetes and how you have to condition yourself to be committed every day. We also discussed the future of diabetes in our country if changes aren’t made. While the scenes were being shot, I felt more like I was having a chat over coffee than providing footage for a film. I was able to gain some valuable insights about the diabetes industry and how Charles plans to positively affect the whole diabetic movement through this documentary.

Fighting diabetes is an ongoing process. As we all know, it can’t be won or lost in a single day. It is a relentless enemy that never lets up. At times, I still find myself struggling with even the easiest of diabetic principles, like checking my blood and bolusing insulin before I eat. Yes, it would be nice to occasionally skip that necessary step, but I know that my health comes down to the choices I make. So, with a simple attitude adjustment, I get right back on track.

Remember that support systems can be extremely helpful to staying on the right path. You don’t have to fight diabetes alone, nor should you. Enlist the support of friends and family and ask them to help keep you on track. We are all fighters, but the way to win any war is with a big army. There is strength in numbers, so create a support group and offer support to others with diabetes. We can all use the help. The more knowledge we gain and the more support we garner, the better we will be able to handle our disease.

I would like to thank Charles “The Poor Chef” Mattocks for helping to educate the public about our challenging disease. Until next time, good luck and stay diligent. 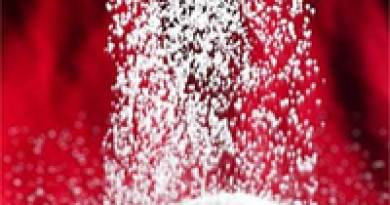 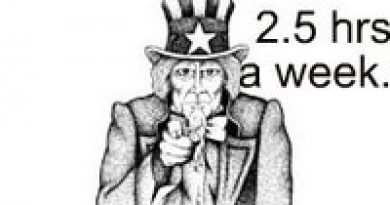 Diabetes Exercise Guidelines-Tips to Get You Moving