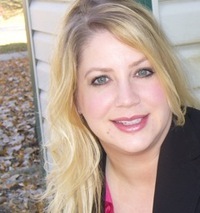 I’m about to tell you a secret that I’ve kept for 15 years.  I know that we all make mistakes with our diabetes, but the one I made back then was literally a wake-up call.  While I cringe at telling this unflattering story, I hope that it will help others realize how scary things can get quickly if you ignore your diabetes. Thankfully, the scenario that unfolded all those years ago helped bring me out of my reckless state and showed me the way to a better life with diabetes.

At the time, everyone thought I was just fine. I had a job as a 911 dispatcher and looked perfectly healthy on the outside, but I wasn’t taking my diabetes seriously enough.  When my roommate told me that he had an extra room at a posh resort in Mexico, I eagerly accompanied him to a week-long vacation in Cancun.

Although I usually didn’t drink very often, from the time we landed in paradise I drank heavily nearly every day.  I figured that it was vacation, so I sipped pina coladas on the beach at lunch, knocked back glasses of wine at dinner, and drank shots late into the night.  I was young and thought that I was having fun. The week went by quickly and my insulin became less and less effective due to the intense heat.  I knew my blood sugars were high, but I thought I’d be okay because we’d be home soon. I figured that I’d deal with my diabetes then.

Once home, I stopped at the store to have some photos developed and get my new insulin.  I had about twenty minutes to kill before everything was ready.  Suddenly, as I was paging through a magazine, everything went dark and I fell, hitting my head on the magazine rack and again on the hard tile floor.  I was bruised, unconscious, and alone.  A fellow shopper called the paramedics and watched over me until they arrived.

I woke up in the emergency room confused and disoriented. I couldn’t recall anything after looking at the magazine. The doctor asked me if I knew why I was there, and I responded that my blood sugar must have gone low. He replied that my sugars had been quite high when they found me and that it must have been something else.

I was forbidden to drive until medical staff figured out what had caused me to lose consciousness.  They didn’t want me operating a vehicle on the chance that I could black out behind the wheel.  I had a frenzy of tests, including a brain MRI and an EKG.  My brain, although clearly stubborn, was fine.  In fact, they couldn’t find anything wrong.  That’s when I had to come clean with the neurologist about my behavior leading up to the blackout.  After I’d confessed the embarrassing details about my carelessness with my diabetes, he agreed that it was probably the cause of my blackout.

Diabetes is dangerous and unforgiving if you choose to ignore it. Waking up in that cold emergency room made me wake up to my responsibility to keep my body healthy.  Although the bruising on my face healed quickly, the memories are still there.  Young people with diabetes don’t think that anything will ever happen to them.  I learned never to turn my back on diabetes again. 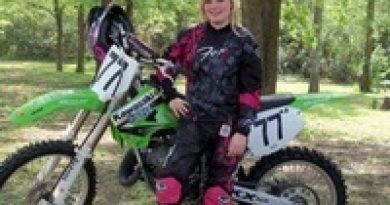