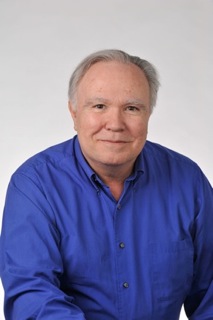 Here is a trend that could quickly go mainstream in the treatment of many type 2s: Insulin may become a first- rather than a last-resort drug.

Traditionally the initial treatment for type 2 is a sulfonylurea and metformin. In most cases, this combination offers good control from increased insulin production (sulfonylurea) and decrease in liver-produced glucose (metformin).
Inevitably, though, the drugs’ effectiveness begins to taper off as diabetes progresses. (It’s a shame that a fine word like “progress” gets attached to a disease, but sometimes progress goes in a not-so-good direction).

So it’s no surprise that there are increased calls to introduce newly diagnosed type 2s to more powerful drugs right away, especially insulin. I recently talked to Professor John Wilding, a British endocrinologist and diabetes researcher, who said he has been recommending the early use of insulin as a routine element in the treatment of many recently diagnosed type 2s. His reasoning is the same as that of other endocrinologists who have made the same call: The idea is to overwhelm early type 2 diabetes and its unwanted effects on blood sugar levels to such an extent that it delays the progress of the disease indefinitely, and possibly even permanently.
Coupled with its powerful control over blood sugar levels, insulin provides a “rest period” for pancreatic beta cells that have been heavily stressed as patients move from metabolic syndrome or pre-diabetes to full-onset diabetes.

Early-use insulin isn’t a new notion. Over the past decade, numerous studies have supported the early introduction of insulin in some type 2 cases. One example of research into the concept is available at the National Institutes of Health. Googling “early insulin treatment” brings up similar studies.

One of the good things about starting on insulin is that it’s compatible with some other type 2 drugs, such as metformin or gliflozins. Because those drugs are directed at other organs than the pancreas (metformin/liver; gliflozins/kidneys), they can join insulin in an ensemble. By separately acting to reduce blood sugar levels, those two drugs can bring down blood sugars to a point that allows insulin users to inject lower doses than if they were using insulin alone.

GLP-1 agonists like Byetta, Bydureon, Januvia, and Victoza are not compatible because the combination of them with insulin creates too great a risk for hypoglycemia. In my own “progression” as a type 2, I’ve pretty much followed the classic path: start with a sulfonylurea and metformin, then later advance to a Byetta or Januvia and, finally, basal insulin. The insulin, which I’ve been taking for little more than a year, has dramatically reduced my fasting numbers (which now fall into a fairly predictable range of 90 to 130 mg/dL). But during the day, my numbers tend to spike high and take their sweet time coming down.

So my next step is attending a class to learn about bolus insulin. If I decide to start taking it, the number of times I stick myself with a needle will go from once a day to several.
And it’s needles that will be the reason for many newly diagnosed type 2s to resist adding insulin out of the gate to their medicinal routines. The news that you’re diabetic is hard enough by itself to wrap your mind around, never mind committing to a treatment that involves sticking yourself. Much of people’s dread of needles comes from mental images of being on an endless treadmill of self-administered shots.

Added to a fear of needles is a fear of embarrassment. Stopping to shoot bolus insulin in public, no matter how discreetly done, is not an experience that most people would look forward to. But the rapidly developing type 2 epidemic that is now slamming our nation will do much to change that perception. Once there are several million more people diagnosed with diabetes, with many of them committing to early insulin, observing them in public taking a quick bolus shot will no longer be that big a deal.
Even for people who don’t mind needles—modern needles are very short and incredibly thin—much of the public and many type 2s still perceive insulin as a last resort, a sort of final defense when all of the other available defenses have crumbled. But for many endocrinologists and healthcare providers delaying insulin is like refusing to use the best weapon in the arsenal in the years-long struggle against diabetes.

The prospect of being able to overwhelm early onset type 2 will persuade many of the newly diagnosed to start with insulin. As patterns and evidence develop in favor of early insulin treatment, other type 2s, formerly reluctant to make the jump to insulin, may rethink the whole matter.

AskNadia: Why You Cannot Reverse or Cure Diabetes With a Supplement 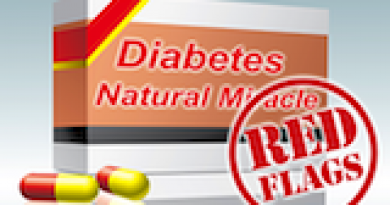