The one time I needed a glucagon injection, I didn’t have any. I had never been given a prescription for it, had no idea how to use it, and was absolutely clueless about what it did.

I was into my life with type 1 diabetes about two years when it happened. It was bedtime, and I had taken my long-lasting insulin injection and was finishing up my preparations for the next day. My mind was preoccupied with my job, and I simply forgot to eat my snack before I fell asleep. I was about to learn a lesson I would never forget.

Sometime in the middle of the night, I heard my name being called over and over. It wasn’t my live-in boyfriend; it was, I’d later learn, the team of paramedics gathered around my bed, where I lay sweating, shaking, and unable to speak.

They said I was combative and rushed me to the emergency room. I marvel that I have no recollection of the trip down three flights of stairs on a gurney, my arrival at the hospital, or the glucagon shot. Shortly after the glucagon was administered, I woke up. I was confused and disoriented. I became nauseated and vomited as the nurse offered me a banana.

I was shocked that something as simple as forgetting to eat my snack could cause such a dramatic event. My boyfriend told me that he’d awakened next to me and noticed that I was shaking and profusely sweating. He had tried to wake me, but received no response. He had previously been told by the diabetes educator to rub syrup inside my cheeks if I ever had extremely low blood sugar and was unable to eat. He did it, but in his panic he grabbed the sugar-free syrup. When I remained unresponsive, he called 911.

Later, I went to my diabetes educator to talk about what had happened. Other than being more careful about eating and making sure that my blood sugar numbers were at a safe range at bedtime, what could I do to make sure this scenario never happened again? She trained me on using glucagon so that I could show my loved ones and have a plan of action in times of severe hypoglycemia.

Knowing what to do in case of an emergency makes everyone feel less anxious. Today, even my teenage son is trained to use glucagon. One morning he woke for school and found that I was still in bed. He charged into my bedroom ready to take action with the glucagon kit, only to find that I was sleeping in because there was no school that day. I was so proud that even though he was nervous, he was ready to use the glucagon just as we’d shown him.

There are many videos available online that offer step-by-step tutorials for administering a glucagon injection. Occasionally my family watches one to refresh their memory. We have also used an expired kit make my son comfortable with actually mixing the shot and drawing the glucagon into the syringe, after which we discarded the expired glucagon.

Now when I ask my doctor for medication refills, I ask for a new glucagon prescription if my kit is close to the expiration date. Though I haven’t needed one in the last fifteen years, my family and I feel better prepared and much safer having a glucagon kit in the house, just in case. 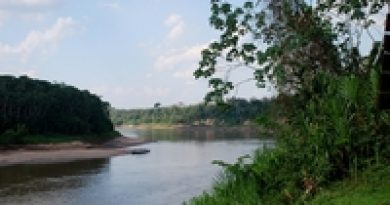 An Amazon Adventure with Bugs, Drugs, and Diabetes

Diabetes Health in The News Podcast: Healthy Eating is Possible without Family Meals 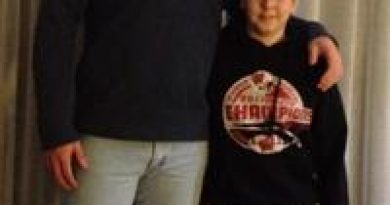