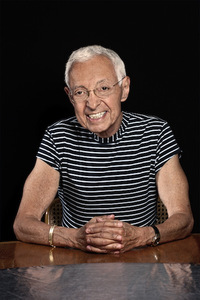 I have been a type 2 diabetic for more than 10 years, and have been on Januvia for about half that time (previously Avandia). I recently read a Dr. Mercola piece where he said that Januvia may trigger some type of cancer symptoms because of how it impairs the bodies natural tumor fighting properties. I am 68 years old and this has me concerned. Has anyone heard about any legitimate studies on this? Thank you.

Januvia is an oral agent in a class of drugs known as incretin mimetics.  It has been shown to reduce A1c a fraction of 1% in some mild type 2 diabetes. Thus its blood sugar effect is small compared to Glucophage, Actos, and Avandia. In theory it could cause nausea since one of its functions is to slow stomach emptying. In practice, however, nausea and other side effects are rare.

Perhaps the most serious adverse effect of this entire class of drugs is pancreatitis-inflammation of the pancreas.  However, this is extremely rare and might affect one in 10-20,000 users. Since the pancreatitis reverses upon stopping the drug, one should be aware of its symptoms, which include severe pain in the upper abdomen radiating from back to front, nausea, loss of appetite, etc.

Like many supplements and prescription drugs, Januvia can interact with other drugs or supplements. Incretin mimetics have been shown to foster partial beta cell recovery in early diabetes, help prevent damage to kidneys caused by high blood sugar, and more recently  possibly protect coronary arteries. Januvia is a pretty benign, but not a very effective, blood sugar drug.

There are sites on the Internet that inappropriately criticize this and many other medications approved by the FDA and propose instead supplements that may be ineffective or untested for toxicity.

Richard K. Bernstein, MD is one of the most knowledgeable, committed and successful pioneers in the field of diabetes today.  He invented blood sugar self-monitoring  and basal/bolus insulin dosing, when he was an engineer.

Dr. B is Director Emeritus of the Peripheral vascular Disease Clinic of the Albert Einstein College of Medicine. His private medical Practice in Mamaroneck N. Y. specializes in treating diabetes and obesity.

He is a physician, research scientist, thriving Type 1 for  67 years, and best-selling author of nine  diabetes books including Diabetes  Solution , The Diabetes Diet and several E-books. This link diabetes-book.com will give you more information about his publications. To  sign up for his free monthly teleseminars, visit askdrbernstein.net. 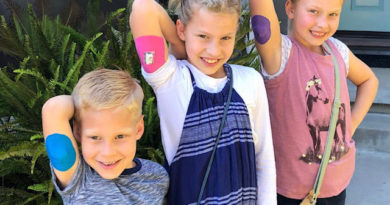 Diabetes Dad: Could it be; a Patch that REALLY STAYS? Take a Look and Try for Yourself.