At 88, Great Aunt Jokie is eight years into the disease that led to her mother’s premature death but still “young” by her siblings’ standards.

Nine of her 13 brothers and sisters lived well into their 90s and two cracked the century mark. “I’ve got a long way to go to catch up,” says Jokie, the youngest, who hasn’t been called Josephine since sometime before World War II.

She gave up bread and potatoes shortly after getting diagnosed with Type 2 diabetes at age 80. She never tastes the pie served with meals at her assisted living facility in Bluffton, Ind., though she sometimes saves a piece to offer her daughter. And she doesn’t touch the candy dishes she keeps on her coffee table, except to refill them for company.

Now that’s discipline. But what is willpower, after all, but waiting through all the times you must say “no” until the time arrives when you can finally say “yes?”

For Jokie, that moment arrives every Wednesday night, when she allows herself a dish of ice cream. Like many who grew up long before anybody ever heard the term “instant gratification,” it turns out she’s awfully good at waiting.

Jokie was 17 when she developed leukemia. Her doctor ordered injections of Vitamin B-12, and eventually her health improved — enough so that by 18 she received a marriage proposal from a neighbor boy whose three older siblings had already married into Jokie’s family.“But my folks said I was too young to get married,” she said. “They said I had to wait until I was 21.”

Meanwhile, Ed’s mother worried he was making a bad decision.“She told him, ‘She’s not well. You might end up having to take care of her,’” Jokie recalled. “But he said he’d take care of me if he had to. That’s what he wanted. And he waited for me all those years.”

Ed’s gone now, as are the majority of her brothers and sisters. Jokie wears a padded boot to cope with a stress fracture, and recently suffered a mini-stroke — No. 24, by her count.“But never paralyzed,” she says. “For that I’m so thankful.”

In her position, some might argue, why not enjoy life’s pleasures while you can? Have the pie. Eat the potatoes. But Jokie knows a diabetic woman who lost her sight, and another who lost a foot. Given that she may have a few more years of living ahead of her, she wants to be able to see and walk as long as possible.

She has her troubles. But if you ask Jokie how life is treating her these days — especially if you ask in the Swiss-German dialect she grew up speaking — her answer now is the same as it’s always been: “Macht’s gut.” Which she says means something like “As good as you make it.”

Sugar makes life harder in the long run. And so Jokie found it’s easier to live without it, except on Wednesday nights. 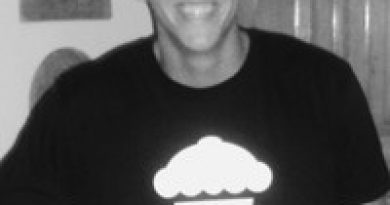 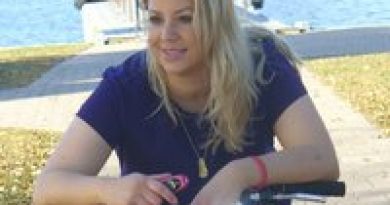 Do You Have a Diabetes Sick Day Plan?

Where Did Everyone Go?