I just love when someone in professional sports who has achieved playing at the highest level with type 1 diabetes (T1D), takes the time to encourage kids to do the same. It is one of my favorite things about being in this diabetes world. I try to arrange it any chance I get. Our kids need to know that any dream can be grasped if they want it.

In this photo are Dustin and Jilly McGowan and his family (and his daughter who also has T1D), Gary Kleiman (one of the founding families of the DRI), of course, Billy the Marlin and a group of kids who all have T1D. Dustin pitches for the Miami Marlins. He does it while wearing an insulin pump. To a full room of parents and kids, Dustin explained what it was like to play baseball at the professional level while having T1D.

For an hour, before he and his family toured the DRI, Dustin signed autographs and answered questions; everything was on the table.

Such as it was when the McGowans, along with representatives of MLB’s Miami Marlins organization, came in full force with gifts and fun for a group of kids at the DRI this week.

As Dustin was engaged in signing autographs, a small group of moms were with his wife Jilly asking questions of their own. The look on the kids’ faces when a fun-loving mascot Billy-the-Marlin came into the room to say hi; the look of awe as Dustin encouraged them to seek out the best they can be in anything they do and not be stopped by diabetes, well folks, that Is about as good as it gets.

I never forgot that story because it made the ability needed to make it in the major leagues a vivid picture for me. Now add diabetes into the mix? Well, just incredible is what comes to mind. And the faces of the kids in the room showed quite clearly that Dustin was quickly becoming a hero to them.

I think that anyone who ‘shoots for their goal’ while managing their diabetes can inspire others to do the same. They beat incredible odds every day. A professional athlete has much on their plate. It’s amazing when they take the time out of their schedule to ask if they can have an audience of kids who live with diabetes so they can see that their dreams can come true. “All I ever wanted to do was play baseball, and diabetes was not going to stop me;” that is enough to warm any heart and worth it to see the look of absolute awe on every face in the room–including mine. 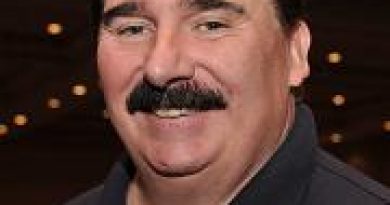