When country singer Ben Rue isn’t on the road, you can sometimes find him working with kids who have type 1 diabetes, sharing stories about overcoming the challenges that come with the disease.

“Just today, I got a note from a mom of one of the kids at camp, a 10-year-old who was recently diagnosed,” says Rue, one of four national finalists for this fall’s Country Music Sing-Off, in a phone interview from the Diabetes Youth Foundation Camp in Noblesville, Ind.

The mother, worried about her son’s negative outlook on facing life with diabetes, asked if Rue would talk to him, try to lift his spirits. “So yeah, I’m going to connect with this kid tonight.”

Rue, 29, went to diabetes camp himself for three years after his diagnosis at age 14. He then spent ten years as a camp counselor. Now, as a budding country star, he makes even more of an impression on kids.

“It’s a real blessing to be able to have that kind of impact,” he said. “It’s cool that I have a bigger pad to launch off of, to reach more people with my music.”

A farm kid with big dreams

Rue grew up on a 2,000-acre grass seed farm near Silverton, Oregon, a small town that provides the setting for “Country Cloth,” the original song he performed during June’s Country Music Sing-Off before a judging panel that included country music superstar and “American Idol” Season 10 winner Scotty McCreery. He drove a tractor and combine at age 11, helping to harvest grass seed for lawns and golf courses in much the same way other farmers harvest wheat.

Though his lyrics show he clearly loves his agricultural roots, Rue always dreamed of being a country star. On his bio at benruemusic.com, he describes the time his dad caught him belting out a song while standing on a railroad tie. “I was fillin’ up one of our tractors with diesel, while looking out in the field, pretending I was singing on stage in Madison Square Garden.”

He laughs, remembering a moment that surely generated a lot of teasing over the years from a guy with two older brothers. Since then, though, he’s had “one or two of those pinch-me moments where I realize how far I’ve come in a fairly short time.”

Rue was a scholarship baseball player at Concordia University and played a year on an independent team in Michigan before realizing he had no future in the major leagues. He moved to Nashville 4½ years ago to focus on his music career, cutting his debut single, “I Can’t Wait (Be My Wife),” with Arista Nashville in 2014.

A surprise diagnosis
Looking back, Rue now realizes he was lucky his diabetes was discovered before he got sick. His mom, a nurse, brought home a blood sugar-testing kit one day. His brothers went first, scoring in the 80-100 range. Then it was his turn.

Though he laughs about it now, in retrospect he can see that the symptoms were there. “I was very skinny, 5-10 and 110 pounds at that age.” He was always thirsty but hadn’t really thought much about it. After his diagnosis, “I was finally able to grow into my size 13 shoes.”

Figuring out the best way to manage his diabetes took several years. “There was a definite learning curve.” As an athlete, he preferred taking shots rather than using an insulin pump. “I’m so active, I just never wanted anything connected to me.” It took him a while to learn to live without the sugar and carbs that had been such a big part of his teenage diet.Though he now feels like “I can eat anything I want to,” he no longer craves sugar. If he has a sip of soda, “it tastes super sweet. I don’t even like the taste.”

A bigger stage lies ahead
Though managing his diabetes can be difficult as a traveling musician, Rue says, “I rely heavily on technology and my Accu-Chek Connect system to make sure I stay on track with logging what I eat or drink and testing my blood sugar regularly. My Connect meter automatically logs my numbers and lets me access them straight from my phone no matter where I am. Because of this, I don’t have to worry as much about my diabetes, and I can focus on my music.”

Rue is looking forward to this fall’s Country Music Sing-Off finals. A win would earn him a $50,000 sponsorship deal with Eckrich Meats and a chance to work with Grammy-nominated producer Dave Brainard.

He’s also thrilled to be partnering with Roche Diabetes Care, the maker of his Accu-Chek Connect system, to spread diabetes awareness among his growing number of fans.

“I’m excited to help other people with diabetes know that they don’t need to be limited by their condition and that they can do whatever they want in life.” 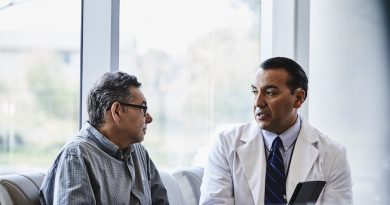 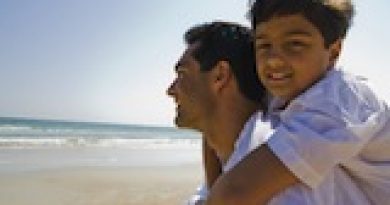 Fathering a Son with Diabetes