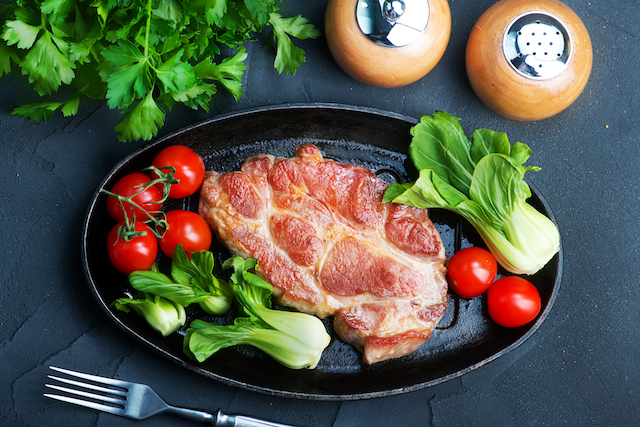 What do these statistics have in common? All three are part of an overall increase in autoimmune disorders, which now affect more than 23 million Americans and rank as the third most common type of chronic illness, surpassed only by heart disease and cancer. Scientists have identified at least 80 distinct types of disease in which the body seemingly turns on itself, attacking its own tissue. While the three mentioned above are among the most common, researchers suspect there may be dozens more yet to be discovered.

Though the exact cause of autoimmune disease, in all its many forms, remains unknown, it is suspected that a virus or something in the patient’s environment interacts with a susceptible set of genes to generate an immunological false alarm. Diet has come under increasing scrutiny in recent years. Some studies on type 1 diabetes, for instance, indicate that a Vitamin D deficiency may be involved, while others point to cow’s milk products in infancy as playing a possible role. The natural food additive carrageenan, derived from seaweed and increasingly used as a thickening agent in some dairy products, has been linked to an increase in the presence of glycosaminoglycans in the body. A 2015 study suggested these naturally occurring complex carbohydrates may be connected to rheumatoid arthritis. The additive is also under scrutiny by the National Institutes of Health for causing gastrointestinal inflammation potentially related to multiple autoimmune disorders. Both carrageenan and gluten, the protein found in wheat and barley that appears to trigger Celiac disease, are among seven types of food additives that have been linked to an overall increase in autoimmune diseases.

A study published in the June 2015 issue of the journal Autoimmune Reviews singles out sodium, glucose, gluten, emulsifiers (such as carrageenan), organic solvents (such as benzene and hexane), nanometric particles and microbial transglutaminase (an enzyme that acts as a protein “glue”) as increasing susceptibility to autoimmune diseases by damaging the protective barrier in the bowels designed to keep harmful toxins and bacteria out of the bloodstream.

Note that not all of the food additives are industrial in nature. Sugar and salt, for instance, are common ingredients in foods prepared at home. However, even in their most familiar form, sugar and salt help to increase food absorption. Both can take on more industrialized forms in factory-processed foods. And both have been shown, along with the other additives on the list, to “increase intestinal permeability … resulting in entry of foreign immunological antigens and activation of the autoimmune cascade.”

Getting Past the Body’s Defenses

Noting that only a single layer of epithelial cells separates the luminal contents of the intestine from the effector immune cells, the authors detail literally dozens of biochemical stratagems for getting over, under, around and through the intercellular tight junction, a complex network of proteins that “modulate movement of fluid, macromolecules and leukocytes from intestinal lumen to the bloodstream and vice versa.” Though these potential breaches are collectively known in layman’s terms as “leaky gut,” in some cases what happens is literally a case of reconfiguring the cellular structure of the sentries on duty.

Of most concern, perhaps, is the least predictable category of additive, known as nanometric particles. Initially used in the pharmaceutical industry as encapsulation devices designed to speed drug delivery into the bloodstream, they are increasingly being used in the food industry to enhance the taste and texture of foods. Trouble is, the rules of operation at the nanotechnology level are not well understood.

If an additive’s absorption into the body is “increased substantially by encapsulating it within lipid nanoparticles, then it could exhibit toxic effects that could not be predicted from data obtained on the same material in microscopic or macroscopic form,” write the authors, Dr. Aaron Lerner of the Technion-Israel Institute of Technology and Dr. Torsten Matthias of the Aesku-Kipp Institute in Germany. This is particularly true, they note, “if the bioactive component is incorporated into a product that is consumed regularly in large volumes,” such as artificially enhanced soft drinks or beverages.

In this study each food additive was studied separately using tissue samples in a lab setting. But in reality the interactions between the modern food supply and the human body is much more complex, the authors note, “since in nanotechnology many of the additives can be combined.”

The diet of the industrialized world is “vastly different” from what it was even a generation ago, write Lerner and Matthias, with “new genetic modifications, chemical ingredients, flavors, preservatives and new nanotechnologies. Over recent decades, a significant increase in the incidence of autoimmune diseases in industrialized countries has led to the postulation that diet is a potential environmental risk factor for such disorders. Although causality has not been proven, increases in the usage of the abovementioned food additives have paralleled increased incidences” of autoimmune diseases over the same amount of time.

With changes occurring so quickly in the food industry, health professionals can have a hard time dispensing dietary advice. Even when patients have been advised what to look for, knowing what additives lurk in common foods may be increasingly tricky. Take microbial transglutaminase, the so-called “meat glue” that can turn random hunks of meat into what appears to be steak. According to the USDA, this enzyme is supposed to appear on the ingredient list of meat products, with the term “formed meat product” appearing on the label. But if “meat glue” is used in a restaurant or cafeteria — which is increasingly the case — customers would have a much harder time knowing what exactly they are cutting into.

Another problem facing modern health care professionals is the increasing evidence of overlap between autoimmune disorders. Though specific diseases have traditionally been treated by doctors who specialize in a particular branch of anatomy, the autoimmune cascade can ultimately entangle multiple systems within the body.

AskNadia: Why You Cannot Reverse or Cure Diabetes With a Supplement

Type 1 Diabetes: Something Went Right With My Medication Refill!