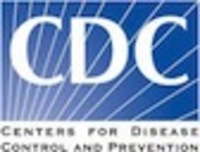 While new cases of type 2 diabetes are rising rapidly, recent research shows that complications from the disease are on the decline.
Research compiled by the Centers for Disease Control and Prevention (CDC) found that over a 20-year period, rates of the five major complications associated with diabetes – heart attack, stroke, end-stage kidney failure, lower limb amputation and deaths from hyperglycemia – all saw drastic declines.

According to studies of data compiled between 1990 and 2010, cardiovascular complications and deaths related to hyperglycemia both dropped more than 60 percent, strokes and amputations dropped by 50 percent and kidney failure cases decreased by about 30 percent.  During that same period, however, the annual number of cases of diabetes almost tripled, the CDC said.

While the rise in type 2 cases is associated with increases in obesity, less physical activity and an aging population, researchers attributed the decline in complications to increased access to health care services as well as increased awareness of the risk of complications. Still, as cases of the disease rise, the costs related to complications are still expected to burden the health care system, experts say. “These findings show that we have come a long way in preventing complications and improving quality of life for people with diabetes,” said lead study author Edward Gregg. “While the declines in complications are good news, they are still high and will stay with us unless we can make substantial progress in preventing type 2 diabetes.”

About 25 million people in the United States have diabetes, while about 79 million have pre-diabetes, which could potentially develop in a diagnosis. The cost of treating diabetes and complications associated with the disease are estimated at $176 billion a year, according to the American Diabetes Association.
Data was compiled from sources including the National Health Interview Survey, National Hospital Discharge Survey, US Renal Data System and Vital Statistics.
The study appeared in the New England Journal of Medicine.