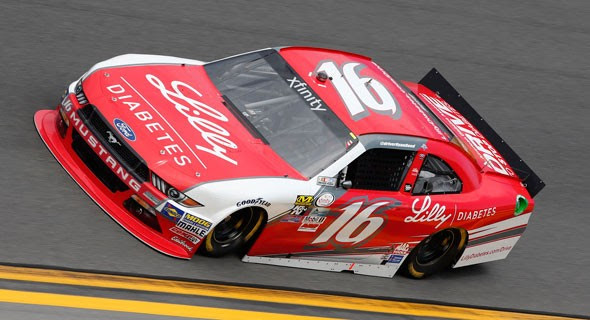 It’s not only his unquenchable thirst to succeed; it’s not only his drive to win; it’s not even his incredible relationship with the folks at Lilly Diabetes that keeps so many pulling for him—-it’s the way; at every turn (pun intended) Ryan Reed grabs the spotlight by the ears and points it at himself for, but, one reason. In his words, “….not only to drive…..but more importantly, the opportunity to encourage and educate people who are living with diabetes and those who care for them. We will continue to share the message about diabetes awareness……”

THIS is why Ryan Reed is a hero…….big time. And every time I’m with him, and his family, I feel like I’m just a friend of his mom’s—-because, you see, that’s how the Reeds make you feel; like you are part of their family.

But make no mistake about it, when Ryan climbs into that #16 car with the words LILLY DIABETES on the hood in big letters——-IT-IS-ALL-BUSINESS. And that business will take Ryan Reed this weekend to a place that no one has ever gone before as he makes history as the ONLY DRIVER actively managing diabetes to race at the Sprint Cup Level.

This, a young man who was told just five years ago after his diagnosis of T1D, that he would never race again. To Ryan, his mom, his dad……THAT was just unacceptable. And Ryan takes every chance he can to take the opportunity so kids know what he has learned; diabetes should stop them………………from nothing.

After an incredibly close call last week…..Ryan has rebounded, ONCE AGAIN, to show the world that his diabetes IS NOT WHO he is.

The leading team of racing, Roush Fenway Racing has just signed a multi-year renewal agreement for Ryan to continue with them behind the wheel…..and now, in addition to the Xfinity Series; he is entering the NASCAR SPRINT SERIES.

He not only took the Xfinity Race in Daytona just over a year ago, not only qualified for the 2016 inaugural Xfinity Series Chase, now he enters the NASCAR Sprint Cup Series as well. Race car driving is, indeed, like dancing with a buzz saw. Ryan is at a trajectory of success which inspires everyone living with diabetes and a whole bunch of us who don’t. Breathtaking to say the least.

Best of luck to Ryan, his family and to Lilly Diabetes who is the driving engine (pun intended again) to making it all happen as Ryan’s Sponsor. 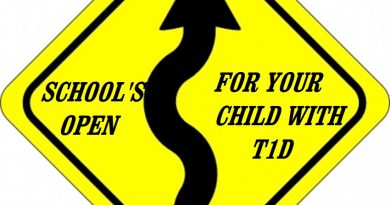 In The Trenches With Diabetes Dad: It’s the Most Wonderful Time of the Year..School Opens; of Course