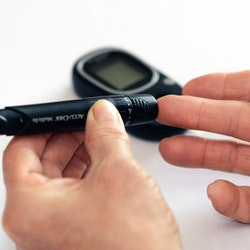 Diabetes begins as a metabolic syndrome that features a combination of hormonal and nutritional imbalances. If these imbalances aren’t corrected, a pre-diabetic condition can turn into full-fledged diabetes. These hormonal imbalances can result in an inability for your body to produce the insulin that it needs to convert glucose into energy, a condition that is known as insulin resistance. When this occurs, your blood glucose levels will elevate, and you may experience complications and symptoms of diabetes. Likewise, if you suffer from glucose intolerance you may experience low blood sugar when your body doesn’t have enough glucose to use for fuel.

To better understand how hormones affect diabetes, it is important to identify which hormones can impact sugar levels in the blood.

Insulin is a hormone that is released from beta cells in the pancreas, and it allows the body to use glucose for energy. Insulin is important for keeping the blood sugar levels from getting too low or too high. After you eat a meal and the level of your blood sugar rises, beta cells are signaled to release the insulin into the blood. Then, it attaches to the cells to help with the absorption of sugar from the blood. Insulin is often referred to as a “key” that issued to unlock cells to allow sugar to convert so it can be used as energy.

Produced by the alpha or islet cells of the pancreas, glucagon is used to control glucose and ketone production in the liver. This hormone is released between meals and overnight, and it is essential in maintaining fuel balance and sugar levels in the body. Glucagon will signal the liver when it is time to break down glycogen and starch stores, and it will also help to form new units of ketones and glucose from other substances.

Amylin is a hormone that is released from beta cells along with insulin. This hormone works to decrease the body’s glucagon levels, which then decreases glucose production in the liver and slows the rate that food empties out of the stomach. This will make your brain feel as though it is full and satisfied after a meal. The overall effect of Amylin is to reduce sugar production by the liver during meals so that it prevents blood glucose levels from getting too high.

Epinephrine is also known as adrenaline, and it is released from the adrenal glands and nerve endings to stimulate the liver to produce sugar. Epinephrine also promotes the release and breakdown of fat nutrients that will travel into the liver to be converted into ketones and sugar.

Cortisol is a type of steroid hormone that is secreted from the body’s adrenal gland. It works to make muscle and fat cells resistant to insulin action, and it also enhances glucose production from the liver. Cortisol will counterbalance insulin action, but under stress, cortisol levels can increase to the point where you become resistant to insulin. For people with Type 1 diabetes, this will require extra insulin in order to control your blood sugar levels.

The growth hormone is released from the brain’s pituitary gland, and it functions similarly to cortisol. Growth hormone will work to counterbalance the effect of insulin on fat and muscle cells. However, when growth hormone levels are too high, insulin resistance may result. 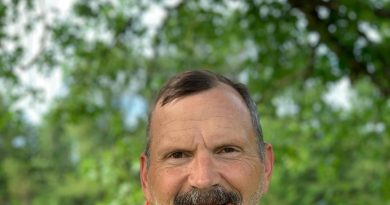 Scientists May Have Found Key to Neuropathic Pain

3 thoughts on “The Link Between Diabetes and Hormones”