President Barack Obama’s victory cements the Affordable Care Act, expanding coverage to millions but leaving weighty questions about how to pay for it and other care to be delivered to an increasingly unhealthy, aging population.

“The reelection of Obama and the Democrats holding the Senate will solidify the law in American history,” said Len Nichols, a health economist at George Mason University who supports what both sides have come to call “Obamacare.” “By 2016 you’ll see the vast majority of states with operational [insurance] exchanges and the Medicaid expansion, and we’ll be on a pathway to a more humane system.”

Republican presidential candidate Mitt Romney had promised to repeal the act and replace it with something that would loosen government’s involvement in health care. Conservatives portrayed the law’s survival as limiting the freedom of patient and doctor and adding to a federal debt that recently exceeded $16 trillion.

“The law will have significant problems in implementation because so many of the American people object to so many of its provisions,” said Grace-Marie Turner, president of the pro-markets Galen Institute, noting that voters in Alabama, Montana and Wyoming voted Tuesday to reject the law’s requirement for individual coverage. “You’re going to see almost civil disobedience. People are saying, ‘I’m just not going to comply.'”

The Republican-controlled House of Representatives could also prove an obstacle, using its purse-string power to press for delays or watering down the act as part of a deficit-reduction bargain.

Obama won despite criticism that he chose the middle of a financial catastrophe to seek the biggest change to health care in nearly half a century. Although aspects of the Affordable Care Act receive high marks, polls show the mandates for individuals and employers to buy coverage are still unpopular.

The president’s first term was about getting a bitterly divided Congress to approve the legislation and then defending it against unexpectedly vigorous legal challenges. His second term will be about bringing the law to life. He referred to the act in his acceptance speech early Wednesday, talking about an Ohio family with an 8-year-old daughter “whose long battle with leukemia nearly cost the family everything, had it not been for health care reform passing just a few months before the insurance company was about to stop paying for her care.”

Analysts forecast coverage for as many as 30 million previously uninsured Americans even as economic pressures lead to fewer choices and higher cost-sharing for those already covered by private insurers and Medicare.

“It’s full-steam ahead with implementation,” said Dan Mendelson, a consultant who ran the health portfolio in the Office of Management and Budget under President Bill Clinton. “They will be aggressively working to make all the timelines that are articulated in the law. I don’t think it will benefit Obama at all in defining a legacy to let those timelines slip. He will push that hard.”

The administration’s immediate job is launching online insurance marketplaces, known as exchanges, and managing the law’s expansion of the state and federal Medicaid program for low-income patients even as a budgetary showdown looms.

Only 13 states and the District of Columbia have said they’ll open exchanges offering subsidized coverage from private insurers. Republican governors in Texas, Louisiana and many other states halted exchange preparations before the election. Many also balked at the Medicaid expansion after the Supreme Court gave states the ability to opt out of that aspect of the health overhaul.

Romney’s defeat, the promise of billions in federal subsidies and the prospect of federal regulators running exchanges in the absence of state leadership should push most governors into line, analysts said.

“The states are not going to give up the money,” said Gerard Anderson, professor of health policy at The Johns Hopkins University Bloomberg School of Public Health. “There are just too many dollars. The hospitals and insurers, but mostly the hospitals, are going to say, ‘Excuse me, we need the money.'”

But that’s not to say everything will go according to schedule. Deficit-reduction talks triggered by the Jan. 1 “fiscal cliff” of tax-cut expirations and spending reductions could change significant parts of the health act. For example, Democrats might scale back the act’s coverage and subsidies in return for revenue increases or other concessions from Republicans, analysts said.

If many state-run exchanges might not be ready by 2014, it’s also far from certain that the Department of Health and Human Services, which has delayed publishing exchange-related regulations, will be prepared to impose substitutes.

“What is the state of readiness to implement both state insurance exchanges and the federal backup?” said Paul Ginsburg, president of the Center for Studying Health System Change. “The administration has been extremely silent about this.”

Looming over everything are still-growing, economy-wide health expenses and the limited means of government and businesses to pay them. Deficit-reduction deals with a Republican House could modify not only the health act but Medicare, which Republicans would like to convert to a “premium support” program in which seniors would get coverage fixed amount of money to purchase private coverage or traditional Medicare, analysts said.

Expect more cost-control efforts such as higher deductibles in private insurance, managed-care Medicare plans for seniors and more restricted medical networks for patients, they said, as well as new pressure on reimbursements for doctors, hospitals and other providers.

Now that Obama has nailed down his signature accomplishment, the need to pay for it could generate more industry cuts than many expected from a second Obama term, analysts said.

“Many policy changes that are not normally politically feasible become feasible in the context of significant deficit reduction — as we saw in 1982 and 1997,” Ginsburg said. “So if the time for deficit reduction is here, health care has to be an important part of that, because that’s where so much of the spending and so much of the growth in the spending in the future is.” 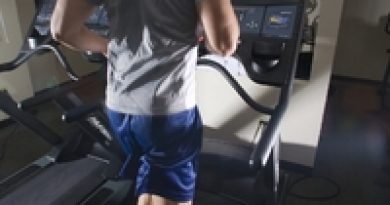 Type 1 Diabetes: How I Kept Off 20 Pounds For (Almost) An Entire Year