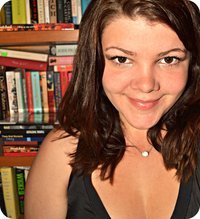 I’ve had type 1 diabetes for 14 long years. During that time, I have had five episodes of ketoacidosis, two of which were brought on by emotional stress.  The one that happened eight years ago, shortly after the meltdown of a serious relationship, lives vividly in my memory.

Usually I jump out of bed to start the day, but when I woke up that morning, I felt like the bed was on top of me, the weight of my chest too heavy to sit up.  My mouth felt full of cotton and my tongue was swollen and useless.  I sat up on the edge of my bed and supported my wobbling weight with my arms stretched out at my sides.  Suddenly, the heartburn was so strong that it felt like a volcanic eruption from the middle up my chest up to the back of my throat.  I think I tasted blood.  I needed water.

As I stumbled slowly down the stairs to the kitchen, I remembered that the night before, I had gone to bed with my glucose level in the low 100s.  I was so distraught about my recent breakup that I couldn’t eat any dinner, but had forced down a few peanuts and a slice of cheese to avoid the ketones that can develop after not eating for too long.  I knew that my post-breakup emotions were getting the best of me mentally, but was surprised when the effects started coming at me physically as well.

It felt like my veins were on fire.  I drank nearly a gallon of water, and I could almost hear the flames sizzling as my veins cooled down.  Have you ever had the illusion that you could feel every single vein under your skin?  Now imagine that each vein has scorching lava coursing through it instead of blood.  Even my skin felt too tight for my body.

I wanted to believe that I could flush the ketones out of my system on my own by not eating any carbohydrates, drinking lots of water, and urinating as much as possible.  After all, when I was first diagnosed at age 14, I had an A1C level of 17.1% and my running glucose level was over 1200.  I didn’t feel ill at the time, but I was dropping about ten pounds every day despite eating huge meals and drinking as much as my belly could carry.  Since I didn’t feel physically ill at diagnosis, the doctors saw me daily for a week and gave me instructions to bring my glucose levels down at home.  They said that by flushing my system with two liters of water every hour, I’d pee the ketones out and bring myself out of ketoacidosis.  It had worked during diagnosis week, so I hoped that I could do it again this time.

Today, I had to drive to work within the next half hour.  I didn’t yet have that cushy desk job with an understanding boss.  Instead, I had a boss who believed that diabetes was just a diet and exercise regimen.  If I needed to leave work early or come in late for an endocrinologist appointment, she would reprimand me and give me a hard time, no matter how much advance warning she had.  No amount of explanation would do with this woman.  I was 20 years old and, in her misinformed eyes, still a kid.  I desperately needed to keep the job so that I could keep my health insurance, so I dragged my body upstairs to put some dress clothes on.  As I buttoned my slacks, I noticed they were much looser than usual.  I appeared to have lost about ten pounds overnight.  No matter. I pulled on a suit jacket that felt layered in shards of glass.  Even the air touching my skin was painful.

My body ached, but my head, I thought, was clear.  Nowadays I would never drive in that physical state, but back then I was young and desperate and under the false illusion that the worst will never happen.  I thought that I could make it through anything if I just tried hard enough.  During the half hour drive to work, I had the air conditioner blowing on high with the windows down, but the cool air didn’t calm the fires that were still coursing through my body.  The heartburn was so intense that my mouth tasted like I was sucking on a piece of metal. I pulled the car over twice on that drive to vomit everything I had eaten in the past day, and then I chugged down some more water. I just needed to get to the office. Once there, I could calm down in the break room until the place opened for business.  Hopefully, I would have enough time to get the ketones (and fire) out of my system.

I drove my car into the parking lot and gathered all of my strength to get myself out of the vehicle.  I carried a gallon of water in one hand, my purse in the other.  As I watched my feet step across the pavement, I noticed that I had splash-back from the roadside vomiting episodes on the cuffs of my pants.  Normally I would have been disgusted, but then I was just too tired to care.  Maybe no one would notice.

I checked in with my supervisor, who immediately noticed that I was feeling under the weather.  Unlike my boss, my supervisor was understanding, partly because she had been recently diagnosed with type 2 diabetes and understood that managing it takes a lot more than just eating vegetables and going for a 15-minute walk every day.  She told me to sit in the break room until I felt better.  An hour passed as I sat with my head on my hands at the table in the break room.  I fell asleep almost as fast as I sat down.  When I woke, I groped my way down the hall to the bathroom to splash water on my face.  I drank more water and tried to pee.  At this point, my body was feeling hot to the touch and my organs had begun to feel bruised.

My supervisor told me to go home, saying that she would deal with my boss’s opinion on the matter.  She offered to have someone drive me, but I declined.  At 20 years old, I was still embarrassed, ashamed, and too protective of my reputation to allow other people to see me sick.  Now that I’m older, I know that accepting help when you need it is the smartest way to live life.

Despite feeling like I could keel over and die on the spot, I drove to the closest house I trusted: my ex-boyfriend’s place.  It was empty, but I still had a key, so I let myself inside and lay on the couch.  I checked my glucose level and it registered in the 300s.  I drank more water, hoping to flush it out, and checked again a half hour later. This time, it registered in the 400s.  I drank more water and called the doctor.  The nurse who answered my call simply told me to rest and call her the next morning.  I’ve since pulled my medical records from that office and switched to a new endocrinologist.  A half hour later, when my glucose read in the 500s, I called my dad to come pick me up and take me to the ER.  Then, I passed out.

When my dad came, I could no longer support my weight on my own feet.  He put my arm around his shoulders and helped me into the backseat of his car.  I lay down in the seat and waited the agonizing 26 minutes it took to drive to the hospital.  Every bump in the road made me wince in pain.  My organs felt completely bruised, and every muscle in my body ached.  My chest heaved with every breath.  By the time we got to the emergency entrance,  I couldn’t stand on my own, so my dad picked me up and literally carried me through the automatic doors.  By that point, I could barely muster enough breath and energy to speak.  Somehow, I told the admissions nurse that I was in the middle of ketoacidosis before I slumped into the wheelchair, unable to say any more.

I was so extremely thirsty that I actually cried for water.  I pleaded for ice chips to suck on, anything to cool my boiling blood and wet my parched throat.  The ER staff was afraid to give me anything to drink because if I vomited again, it would be even harder to bring my glucose levels down.  After they worked on me for six hours, pushing IVs of saline solution and baking soda through my veins to combat the acidic levels from the ketones, they admitted me to the ICU for five days.

In intensive care, they regulated my glucose levels and monitored my insulin dosages.  After a few days, I began to feel a little better.  I had lost about fifteen pounds in three days and my organs still felt bruised, but my glucose levels were back to normal.  The nurses said that if my dad hadn’t brought me to the ER when he did, within two hours I would have been dead.  All that pain because a dumb boy broke my heart.

I learned that even if you are extremely careful with your diet, exercise, and medication, emotional stress can act as poison in your body.  Get rid of the stress, and you will surely bring your average glucose levels down.  I try to keep my life as stress-free as possible because I never want to experience another bout of ketoacidosis.  It was by far the most painful experience I’ve ever had to deal with, even more painful than unmedicated child labor.  But that was all in the past, and life is good now. It’s been two years since I married my best friend, and I have never had a more stable or lower A1C. 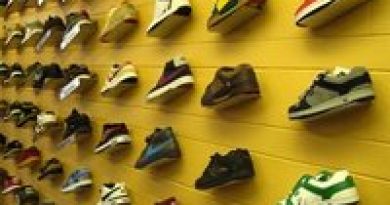 One thought on “Fire In My Veins: A Story of Ketoacidosis”