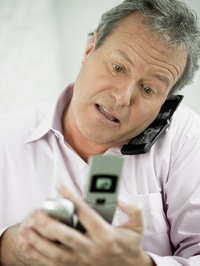 When news about a startling new insight into the cause of Alzheimer’s disease first emerged in 2005, it was highly speculative. But now the evidence for it has become very strong: Alzheimer’s is a form of diabetes, and the name being given to it is type 3.

In Alzheimer’s, proteins called beta amyloid plaques begin replacing normal brain cells, eventually leading to the classic symptoms of the disease, including disorientation, and loss of memory and aspects of personality. How the plaques develop had been a mystery until the early 2000s, when Brown University neuropathologist Suzanne de la Monte began experimenting with blocking the path of insulin in lab rats’ brains.

When she did, the animals began exhibiting the symptoms of Alzheimer’s.

She concluded that a lack of insulin could be a crucial factor in allowing the plaques to develop. In short, the onset of Alzheimer’s could be considered a form of diabetes, specific to the brain.

Insulin resistance, the defining symptom of type 2, is equivalent in the case of Alzheimer’s to lack of insulin. Since we know that type 2 is developed partly as a result of bad diet—heavy carbs, high sugar, processed foods—one of the preventative measures that healthcare providers may soon begin advising people at genetic risk of Alzheimer’s is to go on a type 2 diet.

There’s also believed to be an association with diabetic neuropathy, which slowly destroys nerve tissue through glucose-induced inflammation. If so, type 2s may run a higher risk of effects on their spinal cords and brains since neuropathy is a typical accompaniment to the condition. Alzheimer’s would be one obvious spillover.

Adding a designation to diabetes is nothing new historically. When the disease was first decisively diagnosed, it was assumed that everybody who was diabetic had what would later be called type 1 or juvenile diabetes. In this form, the body, for some mysterious reason, warred against itself, attacking and eventually destroying the pancreas’s insulin-producing beta cells.

But then doctors began encountering a strange form of the disease, where patients still had the ability to produce insulin, but had somehow become resistant to the hormone. This form of the disease eventually became called type 2 or adult-onset diabetes.

Since then, as medical diagnostic tools have increased in sophistication, doctors have established that diabetes may run along a spectrum, with the difference between type 1 and type 2 not as distinct as they had previously believed. Some people are type 1.5s, with symptoms that don’t quite match either of the diabetic categories, they’re wedged between.

First identified in the 1990s as having “Latent Autoimmune Diabetes,” type 1.5s manifest aspects of both type 1 and type 2. They may start by displaying typical adult-onset diabetes symptoms, which doctors address with type 2 medications and the usual advice to exercise and watch their diets.

But there’s a further development: Type 1.5s also begin showing an autoimmune response to their own insulin-producing beta cells. While type 2s develop insulin resistance, their bodies do not attack their insulin-producing cells. Their beta cells may become exhausted from trying to manufacture insulin, but don’t undergo wholesale destruction.

There are even further permutations with some type 1.5s lying closer to outright type 1 and others further along the spectrum of symptoms toward type 2. 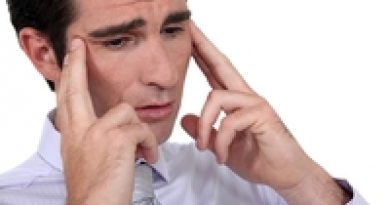 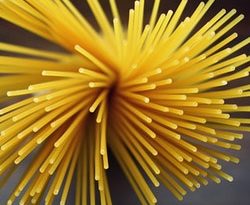