It’s likely if you tossed the fearless Sage Donnelly over Niagara Falls, she’d probably emerge from the churning waters at the bottom exalted over the ride, as long as she was in her kayak rather than one of those old-fashioned wooden barrels.

The truth is, she could probably master the barrel, too.

The 14-year-old has been a competitive kayaker since she was seven, and is currently eying the single slalom spot available for U.S. athletes in the 2016 Olympics in Rio de Janeiro, Brazil.

“They only take one woman and one man,” said Donnelly during a recent phone interview, squeezed in between her hours spent circuit training, running and perfecting her skills on the water. “There are a lot of good women out there, and I would be honored to race with them. But if I’m not there in 2016, I’ll be there in 2020. I’m really excited for it.”

Donnelly started kayaking when she was two, a year before being diagnosed with type 1 diabetes. While she doesn’t remember her earliest trips on the river – she took the front seat in a two-person kayak while her dad steered from behind – by age 3 she was in her own rig, and she remembers that her parents flipped her over, again and again, beginning her training at rolling, a must to master the kayak, erase fears and develop control over the boat.

Although the family kayaked for pleasure for years, Donnelly entered her first competitive race at age 7 and was immediately hooked.
“I just got the bug,” she said. “Every year I set new goals for myself.”

And she hasn’t allowed herself to be sidetracked by any of her health issues. Just a year after she started training for competition she was diagnosed with celiac disease, and at age 11, she added thyroid disease to the mix. While both are common for those with type 1, Donnelly developed both.

“They call me the classic triple threat,” Donnelly laughed.

The same could be said about her skills in the kayak.

Donnelly – disciplined from living with two different diseases that control what she eats – competes in three different types of kayak sporting events, including: slalom kayaking, which is similar to slalom skiing except the white snowpack is exchanged for whitewater; river racing, which measures how fast a kayaker makes it down the waterway; and freestyle kayaking, which is similar to a rodeo or gymnastics in that contestants are judged by the tricks they’re able to perform.

Each teaches Donnelly control over her boat in a different way, and by combining the three, she’s stronger in each arena than many of her fellow competitors.

“I’ve been all over the U.S. competing, and I’ve kayaked pretty much everywhere,” she said. According to an online biography, her favorite waters include the Grand Canyon, a challenging stretch of Colorado River that is considered one of the most difficult in the nation to navigate, California’s Brush Creek and the North Fork of the Payette River Lower Five, a feared 5-mile stretch of waterway that includes a 200-yard stretch of churning rapids nicknamed “the Juicer” that has challenged kayakers three times her age.

The Olympic hopeful just got back from a few weeks in Europe, where she took on bigger water and tougher courses – finishing as a finalist in all the competitions she entered and earning a podium spot in others – in three countries, including Slovenia, Germany and the Czech Republic.

It was her first opportunity kayaking outside the United States, and she reveled in every wet minute.

“I adapted to each course really well, so I was pretty happy,” she said. “It was amazing.”

Since she began competing, Donnelly and her family travel the country about eight months of the year, riding in a gray van with racks on top to hold all of the family’s kayaks – their home on the road while they seek out more challenging waterways.

Since she began kayaking competitively, she has won numerous awards including this year’s Canoe and Kayak Female Paddler of the Year, the 2013 Junior Women’s Freestyle National Champion and numerous others. She also landed a spot on the Jackson Kayak Factory Team.

“I train as much as I can in the summer,” she said. “I’m probably in the water eight hours or more a day.”

Donnelly – who makes her home base in Reno, Nevada, trains at the Reno Whitewater Park when she is not on the road – is home schooled, which works out well, since she finds she’s learning life’s more important lessons while doing something she loves.

“I learn something every day on the river,” she said.

Donnelly is on the Team Colorado Whitewater Racing Club, where she trains with a coach from Spain, who helps her perfect her skills as she readies for Olympic tryouts.

And as living with type 1 diabetes, celiac and thyroid disease? She certainly doesn’t allow them to slow her down.

She wears an Animas OneTouch Ping waterproof insulin pump so her blood sugar stays in check during competitions, and checks her glucose levels before each competition so she can take in some sugar if her numbers are too low.

In a way, the discipline required to manage her type 1 and the dietary restrictions of celiac have both ultimately been beneficial, as she already eats the healthy diet required for an Olympic run (this morning’s breakfast was a veggie omelet, and lunch will come when she can tear herself away from the water.)

“It has always just been part of me, and has made me more in touch with my body,” she said. “It impacts my diet a lot, and I think it makes me a better athlete.”

Along with the discipline that comes with managing type 1 diabetes comes the discipline to spend the better part of her life in the water – or in the gym doing circuit training to ensure stronger muscles when she needs them.

“You have to work hard and be very motivated to work out a ton,” she said. “But having fun, that’s the main thing,” she said.

And for Donnelly, kayaking has never been anything but.

“I can’t imagine my life without it,” she said. “I’ve thought about it, and it just doesn’t work.” 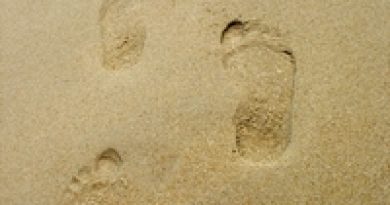 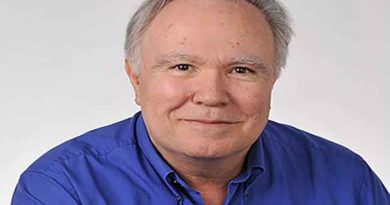 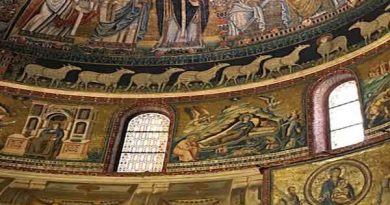 Diabetes Health Type 1: I Am Your Guardian Angel

One thought on “Living With Type 1 Diabetes: Young Kayaker Has Eye On The Olympics”