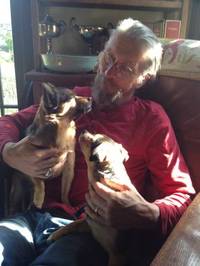 My best friend from high school, Katherine, married a wonderful man who was diagnosed with type 2 diabetes a little over six years ago. John Schaaf, now 63, lives with Katherine in Berkeley, Calif., and works is retired from Chevron Corporation in nearby Richmond.

I found John to be inspirational because when he was diagnosed, he worked through being overwhelmed with the all the information that was thrust at him. He set goals and  created high expectations for himself, and then met them.

In a way, John can stand in for anybody who later in their life receives a diagnosis of diabetes. He’s not a celebrity or famous, but he is determined and very open about his diabetes. I thought you would enjoy reading his thoughts about his journey.

Nadia: When were you diagnosed with type 2 diabetes?

John: At the beginning of September in 2009.

Nadia: Before you got diagnosed did you have any symptoms?

John: I couldn’t get enough sleep. I’d sleep 10 hours then was tired all day.

Nadia: Is that what signaled that something could be wrong?

John: Well, I just wasn’t feeling good but I put off going to the doctor like people do, Finally my wife insisted that I go to the doctor to get checked out. They checked my fasting blood sugar and it was well over 200. They re-did it just to double check and it came back again over 200.

Nadia: When you went in to talk to the doctor how did he know to check you out for diabetes? Or was he just doing a routine test panel?

John: I think he was just doing a panel, and to run a fasting blood sugar test as a matter of course.

Nadia: How long after the blood test did you find out you had diabetes?

Nadia: While you were at home awaiting the results, were you worried about what they might be?

John (laughs): No. Actually I just glad to have gone to the doctor, I hadn’t gone for a while and thought it was a good thing to go get checked out. I didn’t really expect the results to come back with a positive diagnosis for diabetes.

Nadia: Once you found out you had diabetes, what went through your mind?

Nadia: What were you panicked about?

John: Well, I didn’t know what the treatment would be. I didn’t know if I would be insulin-dependent, or if I’d have to take shots, or if I could control it with diet and medication. It was all new to me and a little scary.

Nadia: Did they ask you to come in after they told you?

John: Well, the follow up on it was they prescribed metformin to begin with and then asked me to sign up for dietary classes. They gave me a case manager to help me through the first few months of my education and treatment. I went to Kaiser where they have classes for diabetics. The classes last six to eight weeks.

Nadia: What did you learn?

John: I learned that there were people who had lower blood sugar levels then I did. I was probably in the upper range, but certainly not the highest. Most of the people in the class were newbies, except for one who was having quite a bit of success with dietary control and was taking the class as a refresher.

Nadia: What did they teach you in the class?

Nadia: After you started on metformin, were you also testing your blood sugar with a meter?

John: Yes, they gave me a meter. I began testing my blood sugar initially before each meal and two hours after each meal to see how the meal would affect my blood sugar.

Nadia: That was six times a day?

John: Yes, six times a day and I stayed at it very regularly. I found it very helpful because I could see exactly how what I ate was affecting me. I could see any increase from a meal, and I found that very helpful.

Nadia: After taking these classes did you change your diet overnight or was it a gradual process?

John: I’m like these “all in” kind of people. I basically tried my best to adhere to the carbohydrate restrictions that they had given me, which was no more then 60 grams of carbs per meal. I really tried to stay under 60 grams.

John: I’m probably actually a little lower then that now, but I don’t count the carbs as much as I used to because I pretty much know what I can eat. I do read  labels on all containers before I buy food at the store to see what the carbohydrate content is, and if it’s to high I put it back on the shelf.

Nadia: What motivated you to make that change? Many people get diagnosed with diabetes but not everybody is willing to make the change. What was pivotal for you, why were you so willing to change your diet?

John: Well, I want to live a healthier, longer life. I knew that if I didn’t change my habits, including a very high carbohydrate diet-I was used to eating a lot of pasta, rice, and potatoes-that it would be a slow decline for me, with complications: kidneys, cardiovascular, and all that. I just didn’t want to go that direction. My father-in-law is a diabetic and he has had some problems controlling his blood sugar.

Nadia: Is he on insulin or does he take metformin?

John: He is insulin-dependent. He takes insulin two times a day.

Nadia: Has knowing that impacted you?

John: I don’t know that it has impacted me as much as seeing what not taking care of your blood sugar and diet can do to you. He’s had some problems with circulation and I didn’t want to go down that road.

Nadia: Do you eat meat?

John: I’m a vegetarian and have been one for almost 40 years. I eat a lot of vegetables and meat substitutes, such as tofu, for protein. I actually eat large portions, but all very low-carb–a  lot of vegetables.

Nadia: Do you think you eat more now then you did before?

Nadia: Has you low-carb diet changed your physique in any way?

Nadia: That’s a lot of weight!

Nadia: How long did it take to lose 50 pounds?

John: It actually came off pretty quick. I probably came down 50 pounds in less then a year.

Nadia: What’s a typical day for you in terms of your diet?

John: The first thing I do when I get up in the morning is take my medication. I test my blood sugar, then I might have a cup of low-fat yogurt for breakfast. Then go to work. I usually have my lunch at midday and it will be some sort of throw-it-in-the-microwave type of low-carb meal.

Nadia: Your lunch is something you buy that’s pre-packaged?

John: Yes. I generally don’t have a lot of time to prepare food at work. Its easier to throw something in the microwave. But I feel that if I’m watching the carbs and the carbs are low, I should be OK.

Nadia: No snacks in between breakfast and lunch?

John: I’ll very often steam some vegetables with some pasta sauce. I buy a pasta sauce that’s around six or seven grams of carbs per serving and doesn’t have any added sugar. Then a little cheese sprinkled on top, and sometimes I’ll add some mushrooms, and then some tofu or other type of protein meat substitute.

Nadia: If someone was newly diagnosed and they asked you what they should focus on what would you say to them?

John: I would say carbohydrate intake and exercise. I don’t exercise a lot, but I try to get in a walk every day. Even if it’s just to go to the store. I walk around three miles each weekend and a mile during the week.

I do notice when I walk that my blood sugars are better. In the morning, my blood sugar is generally between 110-125. If I take a walk to get a coffee, I’ll check my blood sugar afterwards  and always see that its down. So exercise does have a direct impact.

Nadia: How far down does it go?

John: It will go down around 20 if I’m in the mid 120s when I wake up. So, if my number is high, exercise tends to have a bigger effect then if I’m low.

John: I would recommend that anybody newly diagnosed with diabetes take some sort of a class on managing your diet, and understanding portion size and the role that carbohydrates play on your blood sugar. It’s very good, valuable information.

A class also puts you in a situation where you’re with a group of people who are battling the same thing you are at a similar stage, so you don’t feel alone. I was really feeling like I didn’t know if I could deal with this when the whole thing started. Seeing other people in the same situation and having the support of the class really made me realize I could manage it and that I could be successful.

Nadia: John, what was your A1C after they diagnosed you?

Nadia: What is it now?

Nadia: Whoa, now that is impressive! 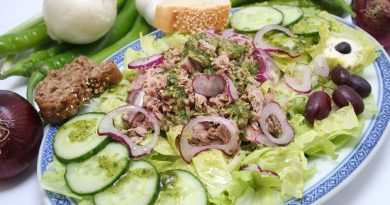 Drug And Food Interactions: More Common Than You Think 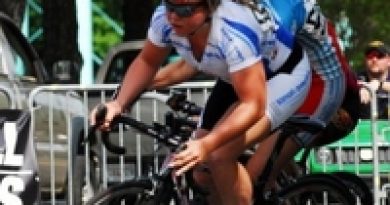 My Experience With Team Type 1 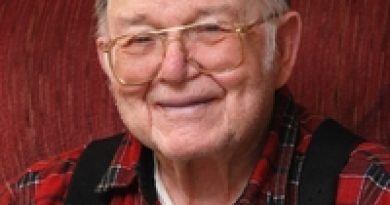 Living With Type 1 Diabetes Since 1931