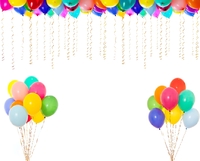 Every year millions of people with type 2 diabetes vow to change their diets, lose weight, exercise more, and lower their A1c’s.

Some make up their minds and implement what they have decided with an ironclad discipline and follow through on their resolutions, like John Schaaf, whom we interviewed last year (www.diabeteshealth.com/browse/community/john-schaaf/).

Others are inconsistent about honoring their resolutions, but still manage to make slow and positive progress.

Then there is the majority of people, who give up on their resolutions before even a month is over.

Why are there such dramatic differences among people? Because, as experts tell us, the most common reason we don’t stick to our resolutions is that we set unrealistic goals. The best way to succeed in the long run is to take baby steps.

I recently had an opportunity to speak to author and health advocate Dr. Keith Kantor* about how to create change by setting realistic goals.

He told me that there are two things we must do.

The first is to set realistic goals and the second is to be accountable to yourself. “This means being able to set boundaries with people that insist you follow their agenda,” he said. “How many times have we had a friend with the best intentions tell us that we could deviate just this once from our diet plan?”

What they don’t realize, said Dr. Kantor, is that going off a resolution when it’s not quite yet a discipline only abets you in resuming your old habits. “Be strong and let people know you have type 2 diabetes and would like to enlist their support in having a daily regimen that builds on your strength. This means asking them not to bring over foods that tempt you-especially  if you buckle at the ankles when someone brings something you find irresistible.”

Let your friends and family members know that you can actually get very ill from eating something they insist you try. “Anyone who is a true friend will understand.”

Dr. Kantor said the best way to create a life-long habit is to start with a small goal. “For example, if you don’t normally eat a lot of vegetables and decide you are now going to triple the amount of vegetables you eat every day, that goal is too big to start with. It almost certainly will end in disappointment.”

Or if you feel bad about your soda consumption, he suggested that you don’t say to yourself, “I really need to stop drinking soda.” Instead start by saying, “I’ll drink more water and substitute one soda for one water.” Over time you gradually increase the number of water-for-soda substitutions so that you don’t feel deprived. “You’ll then feel the success of having replaced one habit with a healthier new habit,” he said.

Water is also extremely important. “You should drink half your body weight in ounces. For example, if you weigh 150 pounds, you should drink 75 ounces of water a day. This is very important for your diet and diabetes. Water is the most overlooked nutrient that we have”.

Since most fruits and vegetables are picked prematurely, which means they haven’t yet developed their full nutritional value, he suggested allowing them to ripen whenever possible.

“The last two weeks of ripening are especially important because this is when 30 to 60 percent of their nutrients and antioxidants develop.”

Perhaps most important, he says, is to stay educated on nutritional values of foods. “The more you know about what you are eating, the more likely you are to keep your resolution.”

*Dr. Kantor is CEO of Norcross, GA-based organic food provider Service Foods, and author of “What Matters: Leadership Values That Just Might Save America” (Effective Press, 2012). 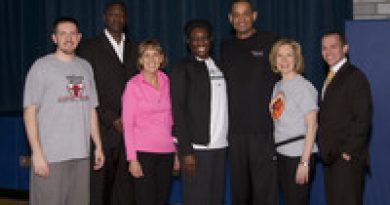 Diabetes Is No Slam Dunk

Diabetes Health Type 1: How a Diabetes Diagnosis Bonded a Father and Daughter