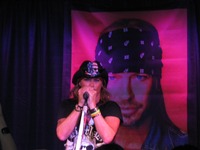 After every show, Bret Michaels auctions his shirt and hat to the highest bidders.  A recent show in Maryland, raised more than $3,000. The money goes to his foundation that sends children to diabetes camps for a week at no cost to the family.

Bret Michaels in His Own Words

“I remember my mom set up a diabetic camp near where we lived in Pennsylvania, after I was diagnosed with type 1 diabetes at the age of 6. She reached out to doctors, nurses, anyone that was willing to volunteer for a camp. This was way before the Internet, so she did this by knocking on doors. At that time, there was a feeling of ‘Oh, Bret’s has a problem with his sugar. He’s probably not going to make it past age 21. My parents did not share these sentiment”.

“My parents never wanted me to feel embarrassed or hide my diabetes. My mom would say, “Bret’s diabetic and here’s what we need to do if he has a low blood sugar”. Back then, there weren’t glucose tablets.  I had life savers or orange juice for a low blood sugar. My school bag had a lot.  We rented a regular campground for a week and it was pretty successful. What my parents did was bring a community of diabetic families and their kids together. That’s when I found out there were other kids in my area that were diabetic. They just weren’t in my school. It changed my life because, until that moment, I felt as much as I was an independent kid, I was alone”.

“During the day at the camp, they taught us what we could eat for breakfast If we wanted to play sports, our blood sugar had to be at a certain level.  We literally learned as we went”.

“Parents with children with diabetes have a lot to learn. I like to make time to meet with the families I send to camp. It’s always scary at first for all family members. Their life is devastated”.

“I recently met with five families at hospitals in Arizona.  Three of the families I met with felt much better after our talk. One family was still extremely nervous and the other family remained in a state of shock. I can still hear their words: “he was going to play sports and drive NASCAR.” I had to talk to some families on a number of occasions. Now, most of these families are adjusting to life with diabetes. Initially, these families thought it was over. They though their son was diagnosed with a disease that was incurable. I like to send the kids of these families to camp. Once they are there, they realize life goes on. The cloud passes”.
“You can never say diabetes is a piece of cake because it’s not. It’s a very complicated disease that’s manageable, if you are able to mentally stay in the game”.

If you want to apply to Bret Michaels diabetes camp, here is what you need to do:

1- Choose a camp in your area with a registered 501(c) 3 status.
2- Fill out the selected camp registration forms, scan them and submit to [email protected] with Diabetes Camp in the subject line. Be sure to include your name, address, phone number and e-mail address.
3- Once you’ve attended the camp, tell Bret about it. Go to teambretmichaels.com and click on the right side under “Submit Your Story.” 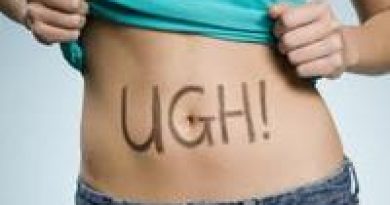 AskNadia: The History of the Implantable Insulin Pump