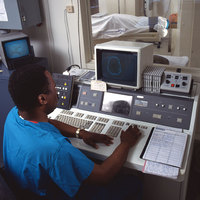 One quarter of patients with diabetic neuropathy undergo unnecessary, expensive tests, according to a study by Brian Callaghan, MD, of the University of Michigan Medical School. When Dr. Callaghan and his team looked at 1996-2007 Medicare claims of patients diagnosed with peripheral neuropathy, they found that the most common test performed was an MRI of the brain or spine. There were far fewer instances of glucose tolerance tests. Other tests that were done, but much less often, included fasting glucose levels, A1Cs, vitamin B12 levels, and serum protein electrophoresis.

Dr. Callaghan pointed out that doctors often order expensive tests that probably are not needed, like MRIs, and do not order some of the cheaper tests, including glucose tolerance tests, that probably are. “I agree with the American Academy of Neurology (AAN) guidelines that say we should be getting a glucose tolerance test, a B12, a serum protein electrophoresis, and that we should limit the rest of the tests that we order,” he wrote.