You’ve been diagnosed with diabetes because there is too much glucose (a kind of sugar) in your blood. Glucose comes from the starches and sugars that you eat. (However, diabetes is not caused by eating too much sugar.) Your muscle and fat cells use glucose for energy. But glucose can’t just float into your cells. It has to be helped into your cells by insulin, a hormone produced in the beta cells of your pancreas. When your body stopped making enough insulin (insulin deficiency) or your cells stopped responding well to the insulin you did make (insulin resistance), the glucose in your blood couldn’t get into your cells. As a result, your blood glucose levels went up, and you were diagnosed with diabetes.

It used to be easier to decide which type of diabetes a person had. Under 30? Must be type 1. Over 40? Type 2. Thin? Type 1. Overweight? Type 2. But now, two-thirds of American adults are overweight or obese, and so are many children and teens. So you can be overweight and develop type 1, and you don’t have to be an adult anymore to be at risk for type 2.

Below are brief descriptions of four types of diabetes. Click on each name to go to more detailed information about it.

Most cases of type 1 diabetes are diagnosed in children, teens, and young adults. People with type 1 diabetes make little to no insulin and must use injected insulin. Fewer than 10 percent of all people with diabetes have type 1.

Type 2 is the most common form of diabetes. In type 2 diabetes, the body needs more insulin than normal, but it can’t make enough. People with type 2 diabetes use meal planning, physical activity, pills, insulin, and other injectable medications to control their blood glucose levels.

Gestational diabetes is diabetes that is diagnosed during pregnancy.

Some of your beta cells were destroyed by this autoimmune attack, but you had plenty of others left to do the work, so your glucose levels stayed within the normal range. The autoimmune attacked continued, however, and after many more of your beta cells were destroyed, your body started having a little trouble dealing with glucose. Your blood glucose levels went too high after meals, but they weren’t high enough long enough to cause symptoms.

As more beta cells were lost, your blood glucose levels became too high for much of the day. You started to show the classic symptoms of type 1 diabetes.

If you were lucky, you were diagnosed and started on insulin before you got very sick. With insulin therapy, you try to mimic natural insulin levels. You need a low level of insulin all day, plus extra insulin to cover meals. This requires three or four shots of insulin a day or the use of an insulin pump.

After you started using insulin, did your requirement for insulin drop a lot? Were you able to control your diabetes on low doses of insulin? This is called a honeymoon. Here’s how it can happen:

When you’re under stress, your body wants to have extra glucose available, so your liver releases stored glucose. This worked fine before you were developing diabetes-your beta cells simply put out more insulin so that your body could use the extra glucose.

But by this time, most of your beta cells had been destroyed. Your few remaining beta cells could handle a normal amount of glucose, but they couldn’t put out enough insulin to cover this extra glucose, so your blood glucose levels went up.

High levels of glucose smother beta cells. This is called glucose toxicity. Your remaining beta cells were still alive, but they stopped working. Your blood glucose levels jumped even higher, and you were diagnosed with diabetes.

This honeymoon can last weeks or months. But the destruction of your beta cells by your immune system will continue. Eventually, all your beta cells will be destroyed. A year after diagnosis, most people with type 1 diabetes are making little to no insulin of their own. The time between diagnosis and when all the beta cells are gone tends to be shorter in children and longer in adults.

It seems that a person has a genetic susceptibility and then encounters a trigger at just the wrong time. Many possible triggers for type 1 diabetes have been proposed, including certain viruses.

What can you do to protect the beta cells you have left?

Early-intervention studies accept participants who have been recently diagnosed. The timing depends on the study: One study may accept only people who have had diabetes for less than one week, while another may take people up to three months after diagnosis.

Most cases of type 1 diabetes are diagnosed in children, teens, and young adults.  So if you’re over 35 when you develop diabetes, your healthcare provider may assume that you have type 2 diabetes, especially if you are overweight. If you start taking diabetes pills and they do some good, you probably do indeed have type 2. But if you don’t fit the profile of someone with type 2, if diabetes pills don’t seem to be working, or if you show some of the characteristics of type 1, maybe you have latent autoimmune diabetes of adults (LADA). LADA is type 1 diabetes that progresses slowly. People with LADA have antibodies in their blood that show that the immune system is attacking beta cells.

In type 2 diabetes, you have a combination of problems:

Maybe you know someone who is obese and inactive and doesn’t have diabetes. That’s because his or her pancreas is able to crank out huge amounts of insulin. Unfortunately, your pancreas isn’t, and this will get worse over the years.

Because there are several causes of type 2 diabetes, there are many ways to treat it, and you’ll want to combine these to get the best results. Because you will make even less insulin as time goes by, your treatment plan will have to change to keep up.

Eating Healthy Meals and Being Active

Meal planning and exercise will always be important tools in your diabetes management.

Exercise is part of the prescription for type 2 diabetes because when you are active, your body responds better to insulin. This effect can last for hours. Are you checking your blood glucose levels first thing in the morning? Try this: Take a walk after dinner every night, at whatever pace is comfortable for you. Do you see a difference in your fasting blood glucose levels?

Typically, people have type 2 diabetes for four to seven years before they are diagnosed. By that time, most need medication in addition to meal planning and exercise to control their blood glucose levels.

Metformin is a diabetes pill that is often prescribed for people at diagnosis. Its main effect is to keep the liver from releasing so much glucose.

Other diabetes medications treat the other reasons your blood glucose is high. For a description of medications for type 2 diabetes, see Diabetes Health‘s annual product reference guide in its December/January issue.

Gestational diabetes is diabetes that is diagnosed during pregnancy. In rare cases, it is type 1 (autoimmune) diabetes. Type 1 diabetes will not go away after you have your baby.

In most cases, however, gestational diabetes is like type 2 diabetes. During pregnancy, and especially in the third trimester, your body becomes resistant to insulin. Most women’s bodies make up for this by producing more insulin. If your body isn’t able to make enough insulin, however, your blood glucose levels will go up. Gestational diabetes can be diagnosed with an oral glucose tolerance test (OGTT), which is done routinely between weeks 24 to 28. Women at high risk of gestational diabetes are advised to have an OGTT at the first prenatal visit.

Are you or someone you care about at risk for diabetes? According to the Centers for Disease Control and Prevention in June, 2008, nearly 8 percent of the U.S. population has diabetes. You can get a free personalized report that lists diabetes risk factors that may be affecting your health. Fill out our free Risk Assessment form to get your report. If you are a Google Health member, you can link your Google Health Account with Diabetes Health and your data will fill in the report automatically.

Marie McCarren is a medical writer who has specialized in diabetes for over 15 years. 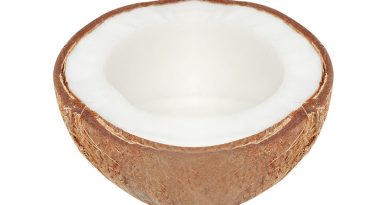 In The Trenches With Diabetes Dad: The John and Paul of Naples Florida……Music to our Diabetes Ears