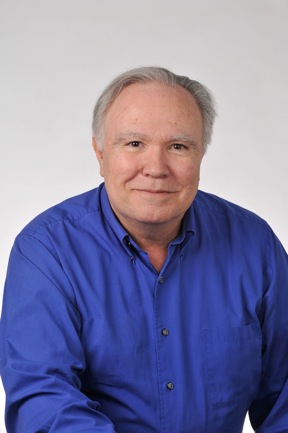 In the past few years, endocrinologists have recommended easing up on tightly controlled type 2 patients, especially among older people. Much of that advice is an outcome of the ACCORD study from the early 2000s which showed—to the chagrin of almost everybody who either treats or has diabetes—that too tight control over blood glucose levels increased the chance of cardiovascular problems.*

For many of us in that older group, the advice we were being offered told us that chasing after a 7% A1c was no longer expected or demanded of us. While the ideal A1c remained at 7%, a more realistic 8% (183 mg/dL) was established as an OK/good enough target to try to hit.

While I think 8% is a bit too high, I understand that it’s a realistic goal for older type 2s. Besides the conclusions of the ACCORD study, another thing that convinced me to accept that number is a phenomenon I didn’t know existed until I had become more conversant about diabetes. That phenomenon, fairly common, is when type 2s think they are experiencing hypoglycemia, and that their numbers have crashed down into the 60s or 50s, although their real numbers are in the 110 to 120, or even higher range.

How is that possible? How can we experience sweating, shaking, rapid heartbeat, irritability, and more when our blood glucose numbers are at a level where most endocrinologists would take one look at it and declare “Pre-diabetes!” or “Diabetes!”

There’s no real explanation for how false hypoglycemia comes about, even though it’s not a rare event in the lives of many type 2s. One theory, certainly as yet not tested in depth, is that the type 2 metabolism becomes so used to blood glucose markers hovering in the 140s to 180s that the body can fool itself when blood glucose levels drop down to the low 100s.

Another cause is a sudden and drastic drop in blood glucose levels, typically brought on by intense effort or exercise.

Dealing immediately with false hypoglycemia involves a drill almost all of us have gone through many times: Take a meter reading to confirm our blood glucose levels. If the meter shows actual hypoglycemia (<70 mg/dL), do the usual: Consume 15 grams of pure carbohydrates, such as sweet glucose tablets, wait 15 minutes and retest. Pause and repeat until our numbers are back into the 80s or 90s.

A meter reading that shows a number way above what we know is certifiable hypoglycemia tells us to retest. If the meter keeps insisting that we don’t have hypoglycemia, we should believe it; we really don’t.
So our next two steps are 1.) be grateful that we’re not having a hypoglycemic episode, and 2.) start tracking our numbers more diligently. Just as we did when we were first diagnosed with type 2, we should be looking for patterns throughout the day that we can definitely associate with certain foods or levels of physical activity.

This means tracking what we eat and when, and testing at intervals throughout the day to see the results. Yes, it can be inconvenient to do so many tests, but the end result, which is a greater knowledge of how our individual type 2 acts, justifies it.

Careful management of our numbers eventually brings our metabolisms back into line and less likely to run screaming through the town square shouting, “Hypoglycemia! We’re having hypoglycemia!”

*ACCORD: For almost four years the Action to Control Cardiovascular Risk in Diabetes study treated 10,251 type 2 patients who had longstanding diabetes with either intensive glycemic control or standard glycemic control. The goal was to show if intensive control lessened the risk of cardiovascular events by lowering the amount of inflammatory glucose in the circulatory system.

By 2008, it became apparent to researchers that patients who were receiving intensive control measures (attempting A1c’s of <6%) versus standard control (A1c’s from 7% to 7.9%) were experiencing a higher incidence of heart and circulatory system problems than the standard control group. Results from ACCORD eventually led to less strict A1c targets for older type 2s.

AskNadia: Feeling Powerless That I Cannot Have Sex 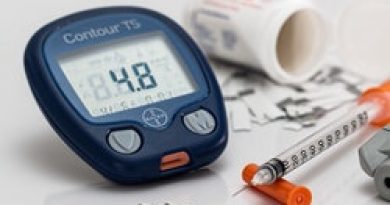