In November 2005, with an A1c of 7.5%, I was told that I had type 2 diabetes.  It shouldn’t have come as much of a surprise to me because my mother has type 2 and her mother died from complications due to her uncontrolled diabetes.

My being overweight just quickened my diagnosis as I often ate fast food, skipped meals, loaded up on bad carbs and, like many in our society, led an inactive lifestyle.  However, I didn’t just accept this fate. Rather, it lit a fire in me to make some drastic changes in my lifestyle and take control! So, I was quickly off on a mission to lose weight, get active and eat a healthy diet.

Just when my exercise routine was working and the weight was coming off, I was told my company was moving my position to Minnesota. Not wanting to move from Georgia, I focused my efforts over the next four months to finding a new job. While I continued to eat a low-carb diet, my exercise routine was virtually non-existent and my numbers on the scale began to creep back up. My diabetes education team helped me understand the importance of changing my diet by choosing the right carbohydrates and limiting them in order to avoid spikes. For the first year I got in the gym about three times a week and did 20 minutes of cardio and 20 minutes of resistance training on machines.  After one year, I had lost 40 pounds and my blood glucose levels had significantly dropped.

Four months later I began a new job marketing diabetes products. Thus truly living diabetes 24/7.  Being disappointed at gaining 12 lbs back, I realized that I needed an extra push to get me back on track.  So I joined a gym near work and enlisted the help of a personal trainer. To this day, I believe getting a trainer has been one of the best “investment” that I’ve ever made in myself.  I needed the accountability of having someone waiting for me at the gym and would challenge me to go beyond what I thought I could do.

What I liked most about working with my trainer was,  that each routine was different. I actually looked forward to what new exercises he was going to make me do.  After the first couple of months my trainer continued to push me to do more, which helped the weight come off at a steady rate. Of course when my weight came off, He added more by way of the EZ bar.

Plateaus have come and gone, but I’ve realize that it’s not all about the digits on the scale but how much healthier I am and feel.  In seven months of training and exercising six days a week and watching my diet, I’ve lost 72 pounds.  Since being diagnosed with diabetes, I’ve lost a total of 100 pounds and I’m happy to say that my A1c is now 4.9% and my doctor officially took me off of my medication!

For me it truly is about exercise. When I exercise, everything else – checking BG, eating right, managing stress and taking meds/vitamins, all fall right in place. I don’t want to become another statistic attributable to obesity or diabetes, I want to live a healthy and active lifestyle. I made a commitment to myself that I can lose the weight and believe I’ve gotten this far because of resistance training.  As I encourage others to exercise and lose weight, I tell them:

“To see a DiabetesHealthTV video of Janel talking about Glucose Tablets and Glucose Liquid, go to https://www.diabeteshealth.com/read/2008/04/02/5710.html 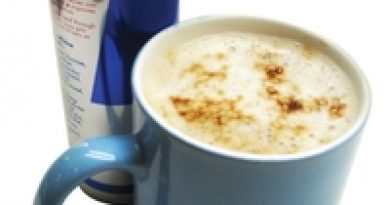 Using Caffeine and Creatine in Your Workout 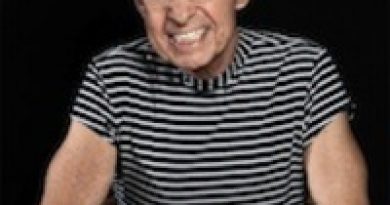