Keep a close eye on this story. It has two elements necessary for creating a lot of buzz: a celebrity and his unconventional “cure” for a disease.

People magazine reports that comedian Drew Carey says he has stopped his type 2 diabetes – and the need to take any medications for it – by shedding 80 pounds through a diet in which he almost totally gave up eating carbohydrates.

Carey, 52, said he has dropped 80 pounds since going on a no-carb diet in January. The comedian, who gained a nationwide audience with his long-running “The Drew Carey Show” on ABC (1995-2004), has always appeared as husky and somewhat overweight. But the photo accompanying the People article shows a startlingly transformed, slender man.

In his diet, Carey says he eliminated almost all carbohydrates, including pizza, bread, crackers and any grain or starch-based food. Instead he focused on foods like egg whites and yogurt. His only concession to carbs was to eat some fruit.

Carey combined his no-carb diet with a lot of time in the gym, doing 45-minute cardio workout sessions.

The end result, he claims, is a 10-size drop in the pants he wears and the end of his diabetes. His plan is to shed more weight and drop one more pant size.

That’s where the controversy comes in. Can somebody “cure” himself of type 2 by undertaking the radical changes in weight and diet that Carey did? Perhaps the furthest that any medical expert would go in describing Carey’s condition is to say that his type 2 symptoms are in remission. If he can maintain his new weight and diet, he may stay in remission indefinitely.

There’s also the matter of Carey’s extremely low-carb diet. Even the staunchest advocates of high-protein/low-carb diets call for some carbohydrate intake. It’s simply too hard for most people’s metabolisms to create glucose exclusively from fat and protein. Carey’s inclusion of fruits in his diet allowed for some carbs even as he excluded ones supplied by highly refined foods.

So, technically, Carey didn’t undertake a totally no-carb diet. But he came close, according to his claims. For now, his story is just one other piece of anecdotal evidence that says people with diabetes (and pre-diabetes) should consider adopting a low-carb lifestyle. But Carey’s celebrity status may also inspire further research into the question of just how many carbohydrates people with diabetes or pre-diabetes really need.

Type 1 Diabetes: The A1C Report Card is Not Easy 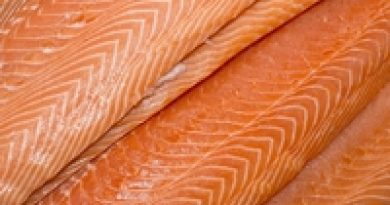