Carrie Miller had one goal when she was a child-become the female counterpart to Indiana Jones. If nothing else, she wanted to live a life infused with that blockbuster’s level of adrenaline rush.

And she had no intention of letting her diagnosis of type 1 diabetes at age 7 interfere with that goal.

“I always wanted that sense of adventure,” says the Cleveland native, 24, “and I didn’t want diabetes to slow me down.”

Armed with support from her family-it was Miller’s mother, who had developed gestational diabetes during her pregnancy with Miller and her twin brother who noticed the symptoms-Miller was able to erase her initial fears about her future with juvenile diabetes.

“I really think I had a lucky experience,” she says.

Miller first attended a week-long hospital session to learn more about how she could manage her diagnosis. Later, an older cousin with diabetes along with kids and counselors at summer diabetes camps provided her with information and advice to make her journey easier.

Just before enrolling in college she added an insulin pump to ease the burden of injections for bolus insulin, though she still uses needles for administering basal.

Once at college, she turned her yearning for adventure into solid career plans, and began pursuing the sciences, eventually narrowing her interests to biological anthropology, sparked after reading the Frans de Waal book “Chimpanzee Politics: Power and Sex Among Apes.”

“I have always been really interested in human evolution,” says Miller, adding that her current course of study-various primates including gelada monkeys who make their home in a 100-kilometer stretch of Ethiopia, where Miller spent 14 months immersed in their lives-allows her to explore her interest from its earliest of origins.

That’s not to say traveling to Ethiopia, where she served as project manager on a mission founded seven years ago by Drs. Peter Fashing and Nga Nyugen, didn’t present its share of challenges, especially so when it came to her diabetes.

“The hardest thing was getting all the supplies,” says Miller, who was still waiting for her insulin supply the day before she had to leave. Although it did make an appearance before takeoff, once she arrived in customs in Ethiopia, she was held for a time so the nation’s officials could determine that the supplies were her own, and not intended for distribution to residents.

Once there, she spent the first few months modifying her insulin levels based on her physical activity and dietary changes-“you’re constantly making adjustments to get it right,” she says-but she hadn’t gone in completely blind. A previous expedition, to study Barbary macaques in Morocco, had given her an idea about what she’d be up against spending most of her days trailing monkeys as they foraged for food and traveled the grassy terrain where they made their home.

Though she brought along a spare insulin pump, she didn’t need it. Instead, she was more focused on keeping her equipment working properly.

“It was cold, so batteries didn’t last as long,” she says. “I slept with my glucometer under my pillow to keep it warm.”

During her 14-month adventure, Miller studied the reproductive, grooming, ranging, and feeding habits of as many as 200 gelada monkeys, getting to know their habits from birth to adulthood.

Later this month, she’s headed to Puerto Rico, where she’ll study rhesus macaques, her third expedition and second with the macaque species. Later, she’s looking at grad school, which will include a few more adventures to suit her nomad spirit, which diabetes hasn’t dampened.

“There’s no reason to let it slow you down or hold you back,” says Miller, who admits that while the tropical climate and isolated environment of the Congo is likely to prevent her from pursuing her dreams of studying in the rainforest, other projects can help fill that void. 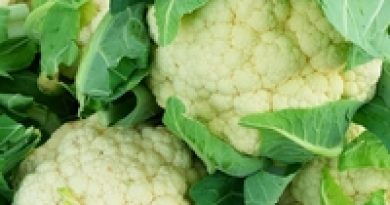 My Tricks for Great Holiday Eating 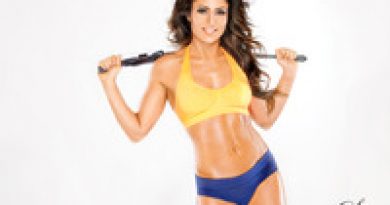