Like many young people diagnosed with Type 1 diabetes, my family and I were shocked when I was diagnosed. Granted, I felt hungry and thirsty no matter how much I ate and drank (classic symptoms), but we had no family history of the disease. When most people think of diabetes, they don’t conjure the image of an active 13-year old who weighs about 65 pounds.

My diagnosis arrived the week before Thanksgiving and was not the ideal way to enter my teenage years. However, I was fortunate to live near Children’s Hospital of Orange County, California (CHOC), which specializes in treating the disease. My parents and brother also helped– more than I realized. Since I did not want to burden my family, I vowed to treat myself as much as possible and get on with life. So, I did my own shots and attended school the very day after getting home from the hospital.

Things got challenging when I moved away from home to attend the University of California, Santa Cruz in Fall 2010. That’s when I realized how much support my parents had provided. There was no one putting out measuring cups to make sure I counted my carbs or reminding me to test my blood sugar or replenishing my stock of supplies when I ran low.

Then, reality set in: late nights with friends, quesadilla stations in the dining hall, alcohol, lack of exercise, stress from midterms and finals, missing an insulin shot every once in a while and snacking on instant ramen at 2:00 am took a toll. Beyond unwanted side effects like the Freshman 15, that lifestyle also came with a visit to the hospital, which crystallized how dangerous and scary this disease can be if the treatment regimen lapses.

I am grateful to Dr. Susan Clark and the Endocrinology Team at CHOC, who taught me that I had the power to change all of those unwanted outcomes to positive learning experiences. That also gave me hope that I could fit back into my favorite pair of skinny jeans. I just flipped a switch inside my head and changed my habits. Without this transformation, I may not have found what turned out to be my salvation: running.

My father has also been a big help to me in many ways. From day one, his advice that “no matter what hand you are dealt, just handle it to the best of your ability,” continues to provide comfort to this day. He is also an avid runner and after my diagnosis, he started a fundraising event for the hospital that he called Katrina Kures. It collects donations and is tied to participation in the annual Southern California 5K and Half Marathon race.

My dad works for Yamaha Corporation of America, the world’s largest manufacturer of musical instruments. Apparently the music product industry is filled with wonderful people because the charitable arm of his company, Yamaha Cares, provided matching funds. Many co-workers and colleagues from other companies in the industry also participated in the annual event. He even got people from his gym, local restaurants, and many friends to donate their efforts. So far, we have raised more than $77,000 for CHOC, which is one of only a handful of hospitals in the country participating in a TrialNet Pathway to Prevention program for Type 1 juvenile diabetes research.

Running saved me. I used to swim competitively in high school and remained active through college. I had always participated in the 5K run, never considering a half marathon because what crazy person runs 13.1 miles for fun? But in April of my freshman year, when I began changing my habits, I decided to become one of those crazy people and started training for the half marathon event. As I pushed myself and celebrated new milestones, I noticed that my blood sugars were the most stable I had ever seen them, and I needed a much lower amount of insulin.

I began to run every day, even if it was just a couple of miles, and my insulin doses dropped in half. It was some kind of diabetes miracle, and I loved it. I now understood what people meant by an “endorphins release” and by January, I was clocking 50 miles per week. As I increased my stamina, every time I ran, my body felt more energized, and I was hooked.

Crossing the finish line at that first half marathon was something I never imagined myself doing. After my diagnosis years earlier, I figured I would never be able to push my body like that since I would have to be taking care of blood sugars and insulin during exercise. However, over time I became tuned into my body and mastered how to stay in my target blood sugar range while running for so many miles. Running also helped alleviate stress during a tough quarter of classes when I would log 80 miles per week.

With my experience as an Endocrinology patient, I realized that I found the medical field and diabetes to be fascinating. I am so passionate about this area of study and feel like I can grow just bringing my perspective as a patient. So, I switched my major and graduated with a Bachelors of Science in Molecular, Cell, and Developmental Biology. I plan to pursue a career in the medical field and help those with Type 1 live happy, normal lives.

The first step post-graduation was to take an internship with the CHOC Endocrinology Team, helping them conduct classes for newly diagnosed patients and their families. I enjoyed sharing my experiences with children and adolescents and addressing their concerns.

But it was the parents who surprised me the most. Many were high strung and stressed, which is understandable since their children, some as young as two years old, has been diagnosed with a disease they had never heard of before. When these parents found out I was also diabetic and remained active and had graduated high school and college, they realized that their child could also thrive despite the disease.

After ten years living with Type 1 diabetes, I am the happiest healthiest that I could be. It is ironic that a disease that seemed to be devastating years ago turned into a calling and, hopefully, a career path. The goal is to continue sharing what I’ve learned and help others cope like my family and I have.

Katrina Jewell is a phlebotomist at Children’s Hospital of Orange County, California. 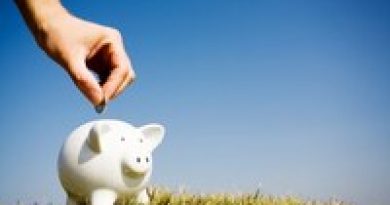