I never thought I’d be able to lose a substantial amount of weight in the first place, let alone keep it off. I started exercising late last January, and unlike all those years where weight loss was a January resolution, this time, it worked. I think there are a few reasons why:

I didn’t make it a resolution. I did it for a variety of other reasons. One of the biggest reasons was my husband. He always encouraged me to exercise. He wasn’t pushing me to lose weight, but he was worried that with diabetes, I should be making it a point to stay active. He regularly works out with weights, so he knows how important exercise is. He worried about my circulation, my heart, and my blood sugars. Of course, I wanted to comply, but I procrastinated for months on end. I kept putting it off, saying, “Yeah, you are right, I’ll start soon.” Finally one day after asking if I had gotten on the treadmill and hearing the reply that I hadn’t, he looked at me with sadness in his eyes and said, “Why do you want to leave me?” He worried that something would happen to me physically, that he’d lose me if I didn’t start taking care of my health. That really hit me. He was scared for me, and that made me scared. I started getting up early to jump on the treadmill.

I made it a point to do it early each day, not after work when my body was sore, and my mind was tired. I know myself. I know I’ll make excuses if I don’t do it early. I also found I felt better when I had a good 30 – 45-minute brisk walk each morning. I noticed better blood sugars. Of course, with Type 1 diabetes they do fluctuate, but they were far better than when I was sedentary. That helped motivate me to keep going.

I ate better. Actually, we ate better. My husband and I used to eat out a lot. We would get excited for the weekend and spend it stopping at fast food places for this or that favorite food. We decided that instead of stopping for take-out cheeseburgers, we’d make healthier ones at home and use lettuce for the base, instead of a bun. Sometimes we’d even go with low-carb black bean burgers instead of ground beef. It’s amazing what a difference you’ll see when you cut back on carbs a little. I still ate some carbs for breakfast and lunch on most days (though in substantially smaller amounts than before), but dinners and snacks were much lower in carbs and typically filled with a substantial amount of veggies, so we were never hungry.

I made myself a priority. I do matter. I should have put myself first long before, but like most moms, I put the kids first instead. Now the boys are grown and are finding their way in the world. I should have realized that by putting myself first, I would have been looking out for them too. I want to be around for them for many years to come. I love my family. I don’t want to be taken away from them too soon.

I wish you all the best of luck in the rapidly approaching New Year. I know it isn’t easy, but you are so worth it. Please believe that. We need to exercise so that we are around for a long time. Just keep at it. You’ll be amazed at what you can do! 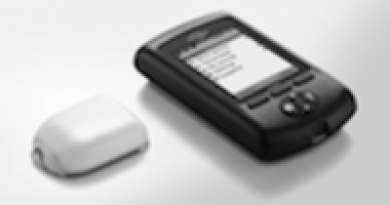 Have You Been Thinking About An Insulin Pump? 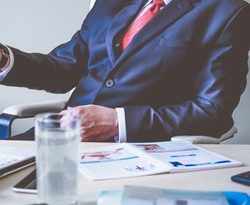