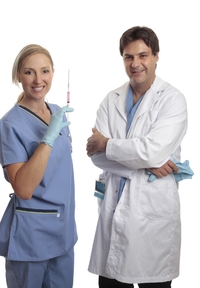 Scientists meeting recently at the International Liver Congress in Barcelona, Spain, say that microbiota-tiny organisms specific to a part of the body-transplanted from healthy people to people at risk of diabetes or nonalcoholic fatty liver disease may prevent the later onset of those conditions. The procedure involves implanting small quantities of fecal matter from healthy donors into the colons of pre-diseased recipients.

French scientists conducted a 16-week study on two sets of germ-free mice. The first set was given microbiota from the colons of donor mice that displayed symptoms of insulin resistance and fatty build-up in the liver. The second set received gut microbiota from mice that had neither symptom.

The mice that received microbiota from the symptomatic mice began showing higher levels of insulin resistance and concentrations of fat in the liver. The second set of mice showed no significant changes in insulin sensitivity, glucose levels, or liver fat.

The transplantation of microbiota via fecal matter has been a topic of discussion for several years. Although the approach seems counter-intuitive, given the association of feces with germs and disease, research increasingly confirms that it shows great promise. In previous cases when the procedure, called fecal bacteriotherapy, was used to treat colitis and other bowel ailments, transplants were often made from one family member to another.