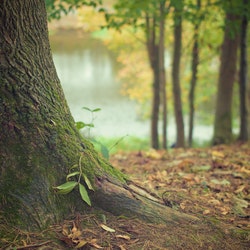 Vanneal Waddell found out 15 years ago that she had Type 2 diabetes and it was her unending thirst that first tipped her off to the fact that something was wrong.

She was working her full-time job as an office administrator in the town where she lives and talking with a co-worker one day about her symptoms. “She said, ‘My husband found out that he had diabetes and that was one of his symptoms. You might want to get it checked out.’”

Vanneal did and sure enough her physician said her blood sugar level was high and he started her on medication. She started looking closely at what she ate and how much exercise she did every week.

“When it comes to lunch and dinner I really love eating rice,” Vanneal says. “That’s my weakness – I could have it every day! My doctor suggested trying brown rice instead of white rice but it really isn’t my thing.

“I pretty much know what’s good for my diet and what isn’t. It’s been several years since my diagnosis and I have found that I go by trial and error. Sticking with what works best and avoiding what isn’t good seems to work for me.

“What it comes down to is being mindful about what I eat. If I have rice with dinner one day and then the next, I make sure to skip it on the third day.”

Noting that the desserts aren’t as tempting to her as the carbohydrates, Vanneal says, “The starches are what I find hard to resist. I eat some but am careful not to overdo it.

“My husband, Fred, can eat whatever he wants but he’s not diabetic. I am so I am very aware of what I do every day.

Vanneal notes that drinking water is very important for diabetics. “I’m in the habit of drinking at least eight 8-ounce glasses of water every day and it’s a habit that serves me well,” she says.

Adding that her son was diagnosed with Type 2 diabetes a year ago, Vanneal says, “I was so happy to see that he lost some weight and totally changed his eating habits. He really took charge and took his diagnosis seriously. Daily management is the key.”

The North Carolinian at 76 doesn’t walk and exercise as much as she used to when she was younger but she notes, “That’s why I am so mindful. Diabetes is something I really stay on top of.”