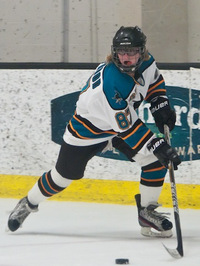 One of the surest ways to imprint a product on consumers’ minds is to put it through an impressive test to show its ruggedness.

Timex Watch Company did just that in a famous series of TV “torture tests” where popular newsman John Cameron Swayze would drop some poor Timex into a blender or attach it to a motorboat propeller and then start it up. Water would froth and churn, obscuring sight of the watch. Thirty seconds later he would pull it out from the mayhem, unscathed and still operating, and declare, “Takes a licking and keeps on ticking!”

If Swayze were to be reincarnated, he would probably appear in the form 14-year-old teen athlete Holly Hopwood, an eighth-grade girl from Morgan Hill, a town at the southernmost end of Northern California’s Silicon Valley.

The Swayze-Hopwood link wouldn’t be hard to see: Holly, a soft-spoken girl who was diagnosed with type 1 diabetes at age six and who also has celiac disease, wears an OmniPod insulin pump that she routinely subjects to torture tests of her own:

—She plays a fierce game of defense for the San Jose Junior Sharks ice hockey team. How good are they? Very good: In 2011, the team won the national championship for girls 12 and under in a 1-0 thriller with the East Coast Wizards from Massachusetts. (The Junior Sharks contended for the national title again this year but fell short.) And while she’s a rule-abiding player, Holly shyly admits that, “I sometimes wind up in the penalty box.”

—She regularly plays soccer at forward and outside midfielder positions. In fact, she first got interested in ice hockey when a fellow soccer player advised her, “Try it, you’ll like it.” She did try it and did like it. After two years of diligent practice developing her stick handling and ice skating chops, she was ready to play competitively.

Before soccer and ice hockey took up so much of her schedule, Holly was also an avid surfer, hitting the waves at legendary Santa Cruz over the mountains west of Morgan Hill. She was also  a skateboarder, nonchalantly taking on 90-degree-sloped ramps.

In short, Holly Hopwood is a one-girl testing ground for a piece of technology that has made a dramatic difference in her life and many others.

So far, the pump is holding up to the Holly Hopwood treatment. “I’ve never really had any problems with it. When I play hockey, I wear it at the top of my thigh. It’s protected by lots of padding when I play, so I don’t really worry about it getting hit or damaged.”

She started using the OmniPod when she was eight, two years after her diagnosis. “My doctor told me about it and I liked it from the start. It was easy to use and get used to, and I didn’t have to carry around a bunch of equipment.” Her parents and doctor program the unit-she simply wears it knowing that it will deliver the proper doses.

Like most athletes with type 1, Holly likes to go into a competition with a fairly high blood glucose number. “For hockey I like the number to be 170 to 180, and for soccer from 180 to 200.”

Since practices are often intense, it might seem that Holly would prepare for them the same way she does for games. “Definitely not,” she says. “For a game I eat meals that are very controllable and fill me up so that I don’t have to eat within three hours of it. I don’t really have any insulin onboard by the time the game starts, although sometimes I can’t do this if it’s a really early game, say 8 a.m. But for practice I don’t have to be so strict, although I still do my best to have good BGs. I’m still careful about what I eat, but not as careful.”

She’s worked out a system for checking her numbers. “For soccer I usually check about an hour before the game and then again about 15 minutes before. This gives me enough time to have a juice if I’m a bit low. Then I check again at half time. For ice hockey I test the same as soccer before a game, but don’t test again until after the game. If I don’t have any insulin onboard, my blood glucose doesn’t change much during hockey.” She says it takes only a couple of minutes for her to check her numbers, and she’s able to listen attentively to her coaches as she’s doing it.

The only diabetes-related organization she has contact with is Brave Buddies, a local organization for parents of children with diabetes who exchange tips, information, and moral support. Otherwise, “people don’t really discuss diabetes or the pump with me much, although my friends will ask me about it-mostly about needles.”

Sooner or later everybody who has diabetes gets asked “the needle question” and Holly is very upbeat about it: “My pump’s been good to me. The advice I’d give anyone who’s thinking of using one is to stick with it. It hurts a little at the start, but you get used to it.” 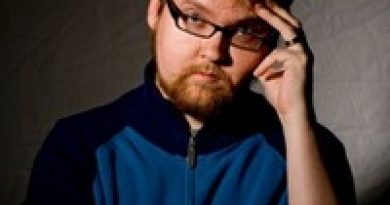 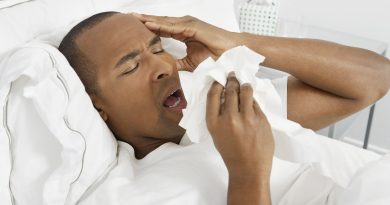 The CDC Report on the Thirteen Worrisome Variants of COVID-19