A little more than 25 years ago, I was diagnosed with type 1 diabetes.

In a way, I don’t want to type that sentence. It looks backward; I want to look ahead. I’m proud of what I’ve achieved over that time, but I know that this disease is a marathon. I also know that, however much I want to take personal credit for my health, many people have helped me. And I’ve been very lucky.

But the simple fact of that number remains: I have lived for a quarter century with this disease.

I truthfully don’t remember much about life without it. I enjoyed popsicles, I know that. But our family didn’t obsess about food. Not until my diagnosis, at least.

I remember the hospital, though. My mother had read an article in the newspaper outlining the symptoms for type 1 diabetes. I’d been thirsty all the time, frequently sick, sometimes ravenously hungry. She had me checked out-and my new life began.

The hospital was fun. I got to watch television and run around like the peculiar kid I was. The insulin injections made me feel 100 percent better. (Indeed, I’ve only been truly sick a handful of times since that original hospitalization 25 years ago.)

After a couple of weeks, I returned home. And then the work started.

There have been four major advances in my treatment over the last quarter century. Each one has both improved my control and increased the responsibility I have to take for the disease.

1.) A few years after diagnosis, I added an additional shot to my regimen. My mother and I were originally trained to give three shots a day. A morning combination of NPH and regular insulin, a dinnertime shot of regular, and a nighttime shot of NPH alone. Several years later, a new doctor urged us to add a lunchtime shot. While this seemed extreme at the time, it allowed us to finally manage my blood sugars effectively throughout the day.

2.) Eventually, I started using the human insulin analogs. When my doctor first proposed this, I didn’t grasp the importance. It just seemed as though the names of my vials of insulin were changing. But that wasn’t the case at all.

The new insulins — Humalog and Lantus — had a direct and immediate effect. No longer did I have to deal with the delayed action of regular insulin. I could take a shot to cover a meal a few minutes ahead of time. And the insulins analogs felt different to me-they seemed more predictable, less mysterious.

3.) A couple of years ago, I moved to an insulin pump. The pump, as many have noted (and few have taken to heart), doesn’t control diabetes on its own. But it does give the conscientious diabetic much more convenient control over his or her disease. In an over-busy, over-burdened world, this can’t be discounted.

The mere process of qualifying for a pump forced me to become more knowledgeable about my disease. That’s right, not all type 1s are on the cutting edge — sometimes we’re just trying to get by. I didn’t really want to go through that process and admit that my disease had such power over my life. But I knew that I needed to.

4.) About a year after starting the pump, I finally realized the role that diet could play in my treatment. This wasn’t a breakthrough for the broader diabetes world, but it certainly was for me. A lot the advertising for  insulins and pumps is about the flexibility they allow you. And they certainly do that. But flexibility isn’t the friend of a type 1 diabetic.

At least for me, a focus on carbohydrates-limiting them and ensuring they’re mostly from green, leafy vegetables-has paid off with tighter blood glucose control. One has to be careful about how you put this, of course. If you tell a diabetes educator or dietitian that you’re trying to reduce your intake of sugar and simple carbs, while increasing good fats and eating lots of salads and thoughtfully chosen meats, you’ll likely get an approving nod. If you tell them you’re going on Atkins, or a low-carb diet, you may get a stony stare. The two things are, of course, one and the same.

What have I learned from all of this? What have the last 25 years taught me about diabetes?

The disease has become more complicated and less so at the same time. On one hand, I can now play with a huge number of variables every day. My basal rate can be tweaked. I can cover most foods with insulin, sometimes extending it to cover several hours. I have access to a wide range of test numbers and possible therapies.

In other words, as diabetics have been given access to more of the levers of their care, we have been able to adjust those levers to work for us. What might be complicated at first will ultimately simplify our lives-not just by reducing guesswork, but by slowing, preventing, or even reversing complications.

And it has been hard.

People don’t want to hear this, of course. People want to believe that technology or good insurance or a million other things make diabetes easy to deal with. You just give yourself a shot, right? You just watch what you eat, right? You just comply with what the “authorities” say, right? Wrong, wrong, wrong.

Those who live with type 1 diabetes sacrifice every day. I have personally lived a different life than I might otherwise have because of the disease. I knew, from the day I graduated college, that I would have to find a job that offered insurance coverage. No entrepreneurship for me.

My spouse has had to constantly live with the threat of my hypoglycemic episodes. I’m blessed with good biofeedback, but my mood and outlook can still change like a weather vane in an uncertain breeze.

And now, right now, with 25 years of type 1 diabetes behind me, I’m looking ahead to another 25, 50, 75 years — and know that those decades will hold challenges I can only imagine now.

But I find profound reasons for hope.

Right now, that hope is concentrated on the production of an artificial pancreas. While research into science-fiction scenarios of effortless transplants and genetic manipulation continue, I’m not personally hopeful that they will pay off in a timely manner.

An artificial pancreas, though-that’s a different story. Algorithms have already been tested. Companies are working on the technology as we speak. Testing on early versions of the devices are under way.

I’m not sure that we’ll have them within 10 years. But 20? That seems possible.

And an artificial pancreas, however unwieldy, will offer unparalleled control to diabetics, both type 1 and type 2. Complications will hopefully become a thing of the past. Dietary options will increase. Lifespans will extend even further. With guaranteed, adjustable insulin production, who knows? Diabetics with artificial pancreases may begin to outlive non-diabetics!

Perhaps I’m getting ahead of myself. But I find that such prospects for the future only strengthen my resolve. If it means counting carbs for the next couple of decades, count me in.

I want to see what happens. 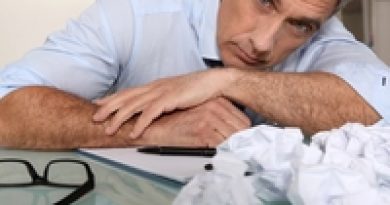 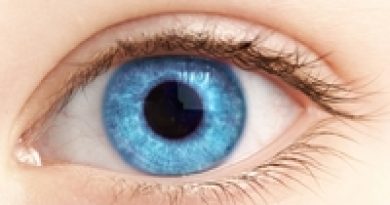 Coming Soon: A New and Better Treatment for Diabetic Retinopathy 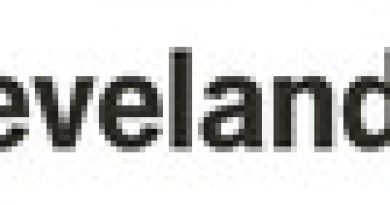