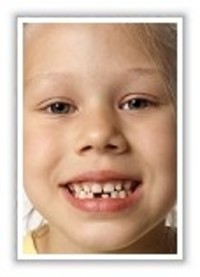 Every year four million baby teeth fall out, and 1.4 million wisdom teeth are pulled out of our collective mouth. Until recently, the only entity really interested in all those teeth was the tooth fairy. But all that changed in the year 2000, with the discovery that dental pulp contains adult stem cells. In the not-too-distant future, those stem cells might be used for growing new islet cells to cure diabetes. The problem is, how to keep the teeth nice and fresh until that hoped-for day. That’s where Provia Laboratories comes in, with their Store-A-Tooth service.

Peter Verlander, PhD, the chief scientific officer of Provia, says, “Essentially, any healthy tooth is a candidate for banking. Researchers have been able to recover stem cells from teeth in people up to their forties, but evidence suggests that cells from baby teeth or from wisdom teeth that come out in early age are better. We collect baby teeth that are coming out naturally, baby and adult teeth that are extracted for orthodontic reasons, and healthy wisdom teeth.”

“Some people believe that one tooth will give you enough stem cells for many clinical applications, but it’s very difficult to predict how many is enough. These are highly proliferative cells, more proliferative in culture than bone marrow cells. The people who are working with them think that you could get many, many ‘doses’ of cells from a single tooth.”

“We think that these stem cells are going to be useful for autologous (self-donor) regenerative medicine therapies. One of the advantages of having your own cells banked, or those of your children, is that you don’t have to worry about the possibility of immune suppression.”

For treating diabetes, there are potentially two approaches that could use stem cells from teeth: the creation of beta cells and the use of stem cells’ immunosuppressive capacity. Dental stem cells, like mesenchymal stem cells from bone marrow, suppress the T-cell response. Researchers are looking into using that capacity to combat the autoimmune response in type 1 diabetes.

But the approach that people are most interested in is the differentiation of these stem cells into insulin-producing beta cells. Recently, researchers in Malaysia accomplished this by using dental pulp stem cells from baby molars that had been extracted from children for orthodontic reasons. They grew the stem cells in a series of three culture media that directed the stem cells to differentiate into islet cells, and they ended up with what they described as “islet cell-like aggregates.”

Once they had confirmed the presence of genes that are markers for beta cells, they tested insulin production and C-peptide production in response to glucose. They were able to verify that the cells produced insulin in a glucose-responsive manner; that is, when they increased the amount of glucose, they got an increased amount of insulin.

Dr. Verlander says, “What everybody’s hoping for is another source of beta cells that are glucose-responsive and could be used for transplant, and that’s exactly the path that these researchers are suggesting. It’s very hard to predict when a practical application for dental stem cells will actually come into being. But given that it has been less than ten years since their discovery, we think the research is progressing extremely well. Dental stem cells have caught up very rapidly in terms of what we have been able to get them to do.”

“There is reason to believe,” says Dr. Verlander, “that the stem cells from teeth are much better suited for solid tissue applications than cord blood, and so there are a lot of potential regenerative medicine applications. We believe that down the road, dental stem cells will actually be sought out and used with much greater frequency than cord blood because there will be many more things that we’ll be able to use them for.”

“Because of their relatively recent discovery, however, very few people know that stem cells are in teeth. For example, I talked to some parents of children who developed type 1, and they really regretted not having banked cord blood because they wanted to have the stem cells there as a potential therapy. They were very happy to find that there was a second chance to capture stem cells from their child’s teeth. As a parent myself, I banked cord blood for my children, and I will also bank the cells from their teeth when they are old enough.”

“As you know, baby teeth are resorbed gradually before they fall out, so the longer you wait, the less tissue is there. Ideally, when a tooth begins to become loose, the parent would take the child to the dentist and have that tooth pulled and sent to us. But we will accept teeth that come out at home, as long as the tooth bleeds when it comes out. There has to be a blood supply.”

Store-A-Tooth provides the parents or the dentist with a kit that has a sterile buffer to stabilize the tooth and keep it cold in transport. The tooth is shipped overnight to their lab in Indianapolis, where it is inspected, cleaned, cracked open, and then processed.

Store-A-Tooth offers two different services. With the whole tissue service, all of the soft tissue is collected, processed, and equilibrated for cryo-preservation, and then frozen down at a controlled rate and stored long-term in liquid nitrogen. The company also offers a cultured cell service. In that case, after the soft tissue is isolated, it is put in culture, and the stem cells grown out and then frozen down. The whole tissue service is $649 for processing and then $120 a year for storage. There is a $425 surcharge for the cultured cell service.

Dr. Verlander says, “We offer discounted programs as well, including a 20-year prepay and a multiple tooth plan that reduces the processing charge for second and third teeth. Banking teeth is relatively inexpensive, costing only a half to a third of the cost of cord blood banking. The teeth are easily accessible, and rather than throwing them away, we’re just giving parents an option to set them aside for that future day when they can be useful.”

“We do include a tooth fairy certificate with the kits, so that the dentist can sign off that the tooth fairy knows what happened to the tooth. It’s kind of an IOU that the child can put under the pillow.” 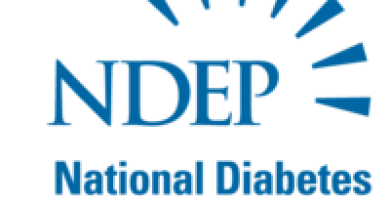 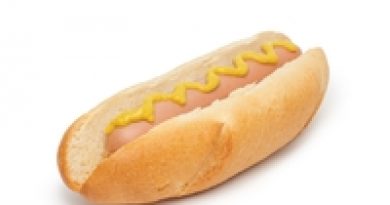