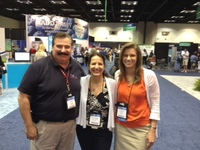 As diabetes climbs to epidemic levels in the United States, and finding adequate resources to fund future U.S. healthcare remains in question, the need for an already existing “boots on the ground” group that can address the disease is greater than ever.

That was certainly on the minds of the 3,000 diabetes educator attendees at AADE12 (including exhibitors, 5,000 total attendees) the annual meeting and exhibition of the American Association of Diabetes Educators in Indianapolis, August 1-4.

The conference theme, “Power of Partnership,” reflected the organization’s growing outreach to virtually every healthcare industry segment that is involved with diabetes.

That’s why the subject matter of the more than 90 sessions at the conference, divided among four major categories, demonstrated AADE’s awareness of the growing complexity of diabetes education:

• Business and Emerging Models dealt with money matters, such as reimbursements, and new approaches to patient education and disease management, including mastery of social media.

• Among other topics, technology sessions examined insulin pump therapy, the use of Mobi-films* in diabetes education, the innovative use of whiteboards to increase the effectiveness of diabetes self-management in rural Georgia, and the proliferation of health-related apps.

• By far the largest breakout session category was diabetes self-managemen with topics ranging from glycemic control in hospitalized patients to diabetes and depression to an update on current type 1 research with the intriguing title, “Will the Shots Ever End?”

But the number of offerings in each category didn’t tell the whole story. Discussions of social media-Facebook, Twitter, blogs, etc.-seemed to permeate the air. While many diabetes educators may not have been able to nod their heads knowingly at some social media jargon, most agreed that more and more of their patients are coming to rely on such media for help in managing their diabetes.

A related topic was the proliferation of health-related apps for mobile devices, a number now estimated to exceed 10,000. One speaker, Malinda Peeples, VP of clinical advocacy at WellDoc, said apps may present as big a therapeutic breakthrough as home blood glucose testing.

Apps can collect and store data, but cannot extrapolate a course of treatment or action from them. But even as the AADE awaits FDA approval of such apps, their increasing use among diabetes patients gives CDEs access to more information than ever before.)

At that session, one speaker, Jeff Donnell, president of NoMoreClipboard, a PHR developer, said healthcare providers involved in patient tests of PHRs have been pleasantly surprised by patients’ enthusiastic and conscientious use of the technology to track their diabetes management.
“Specialty Care: Innovation and Collaboration in Home Health” put the spotlight on an emerging healthcare trend that has caught many diabetes educators unawares: The increasing number of baby boomer patients who meet Medicare’s legal definition of being homebound. Because they cannot be expected to travel to a hospital or clinic for treatment, they have to be treated at home.

Session presenters Karen A. McKnight, RD, LD, CDE, and Mary Teipen, RN, CDE, both from the Indiana HomeCare Network in Indianapolis, said providing diabetes education in a home setting, while a relatively new phenomenon, is a growing specialty area.

Not surprisingly, one of the most popular sessions was “Eat, Pray, Love. . . Yourself! Nurturing the Caregiver.” Presented by Shari K. Liesch, APNP, RN, CDE, the session drew an overflow crowd to hear her address such bread-and-butter issues as difficult patients, demanding deadlines, billing concerns and other obstacles CDEs typically face.
Burke: The Necessity for Partnerships

The opening speech by AADE President Sandi Burke PhD, ANP, BC-ADM, CDE, FAADE, repeated the “Power of Partnership” conference theme. Burke described current diabetes education as having reached a crossroads where collaboration among all educators and others involved in diabetes healthcare has become a necessity. She reported that AADE is in the second year of a strategic three-year plan designed to achieve that goal.

Burke was joined on the opening day dais by Howard Koh, MD, MPH, assistant secretary for health in the U.S. Department of Health and Human Services, who discussed partnering with diabetes educators as part of a major national effort to prevent the onset of diabetes.

Thomassian added that diabetes educators can also partner with national organizations and scientists, as well as lobby for health-promoting legislation.

She also reported on the latest research into type 1 and type 2 diabetes, including an update on Type 1 Diabetes TrialNet, an international research network looking into ways to prevent, delay. Or even reverse the progression of type 1.

Aside from the conference sessions, attendees view products and services from more than 300 exhibitors at the Indianapolis Conference Center. Some exhibitors presented product demonstrations and introductions in “Product Theaters,” informational presentations that were available to all attendees.

The 2013 annual meeting and exhibition will take place August 7-10 at the Pennsylvania Convention Center in Philadelphia.

Further information on the 2012 conference highlights is available on the AADE website.http://www.diabeteseducator.org/annualmeeting/2012/index.html

Diabetes Health in the News Podcast: Learning to Communicate Symptoms 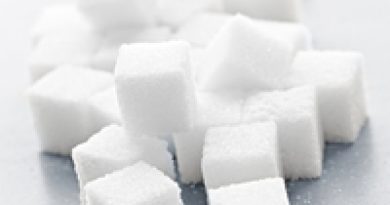 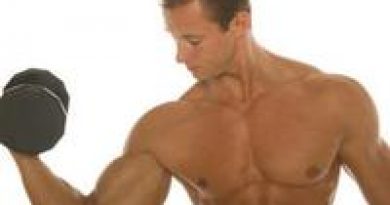