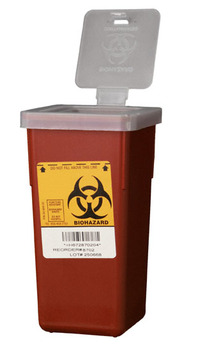 As CEO of a company that manufactures insulin syringes and pen needles for the US and Canadian markets, I have been closely monitoring the regulations and trends pertaining to the safe disposal of the products we produce. Surveys indicate that less than five percent of the over three billion sharps devices sold in the US annually are disposed of in some type of closed container. Most of the remaining 95 percent are deposited, unprotected, in the household trash. Significant changes may be pending with regard to the disposal of used sharps devices, and it’s likely that pharmacists will be affected by these changes.

The most influential group promoting safe sharps disposal regulations comprises the companies that handle household trash. These waste companies report that they incur millions of dollars in annual expenses when their workers are accidentally stuck with a used needle. They claim that each needle stick creates over $3,000 in testing and sick leave expense, not to mention the fact that some needle sticks cause serious illness.  The incidence of needle stick injuries at transfer stations has risen with the increased use of sorting lines, where workers hand-sort waste as it rapidly moves down conveyer belts. These workers wear protective gloves, but the incidence of needle stick injuries is still very high.  Because of this problem, the companies that handle waste have been lobbying intensely to remove used sharps devices from the household waste stream.

The world environmental movement has also been actively involved in promoting the safe disposal of hazardous products, including medical sharps devices such as syringes and pen needles.  A growing number of countries have enacted rules regulating the disposal of home-generated sharps waste.

Many of the hazardous waste disposal regulations used around the world incorporate the concept of “extended producer responsibility” or EPR.  Also called “product stewardship,” EPR encourages manufacturers to design environmentally friendly products by holding them liable for the cost of managing those products at the end of their useful life. The purpose of EPR is to relieve governments of the cost of managing hazardous waste.

The EPA recommends six disposal options, all of which include the use of sharps containers. These guidelines have become the default position for most states and local communities in the US.  Some states now require the storage and transport of used syringes and pen needles in sharps containers.  An example of this type of legislation is California’s SB 1305, which was passed in July 2006.

Unfortunately, the effect of SB 1305 has been negligible. Industry observers believe that it has been ineffective because it omits the two most critical components of successful programs that have high compliance rates:  free sharps containers and convenient authorized collection points.

There are a few examples of successful sharps waste collection programs in the US.  Two of the most cited are Sioux Falls, South Dakota, and San Luis Obispo, California.  Both incorporate the two critical components listed above.  A large part of the funding for these programs comes from local government.

Another option, which is prevalent in Canada, is for pharmacies to pay for the disposal of home sharps.  Pharmacy payment in Canada started when some pharmacies tried to attract diabetic customers by offering free sharps containers and disposal.  When other Canadian pharmacies realized that they were losing their valued diabetic customers to this tactic, they countered with their own programs.  It soon became common practice throughout the entire country.  It’s noteworthy that some provinces in Canada are considering legislation to move to an EPR model, which would transfer the cost from pharmacies to the sharps manufacturers.

The next few years will be interesting as political pressure and EPA guidelines provoke the 50 states to enact home sharps collection legislation. Undoubtedly, the most controversial issue surrounding such legislation will be who is going to foot the bill. There are three alternatives:

It will be interesting to see which of the three options the 50 state legislatures take. 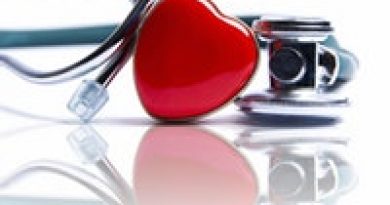