Recently in Texas, a middle school student with type 1 diabetes went to sleep one night and never woke up after experiencing a fatal hypoglycemic event during the night.

“It was a tragedy that could have been avoided if she’d been wearing a Diabetes Sentry device,” said company CEO Timothy Hayes, who has been working for more than a decade to bring the former Sleep Sentry device back to the market after a hiatus that’s been too long for those used the alert system to prevent dangerous nighttime lows.

The new generation of the product, rebranded as the Diabetes Sentry after a complete reboot, is a wristwatch-style tool that sounds an alert when one of two markers of low blood sugar – perspiration or a drop in body temperature – occurs, allowing the user to take action to prevent the hyperglycemic event from becoming life-threatening.

The FDA-approved, patented device is the only one of its kind on the market, and it is simple to use, so it’s well-suited for diabetics of all ages.

“We believe it is a lifesaving device,” said Michael Russin, vice president of sales, marketing and business development for the company.

Many of those occur at night, and while many people use a continuous glucose monitoring device to alert them to high or low blood sugar levels, the Diabetes Sentry offers two big pluses – it is not only non-invasive, it also reacts 15 to 20 minutes before the low blood sugar event actually occurs, so those with diabetes can take their health into their own hands, taking action to prevent costly ambulance rides and trips to the hospital.

For user Vance Reed, speaking in a radio interview, the Diabetes Sentry “has been an lifesaver,” he said. “Not only does it detect a low, it also detects the beginning of a low, and that is pretty remarkable. It detects a downward trending low very accurately. It’s giving you advance warning.”

That gives Reed the ability to get up and rectify the problem before his low blood sugar levels leave him too disoriented to act.

While Reed had already been using a continuous glucose monitoring device, the Diabetes Sentry provided an extra level of security, easing the stress experienced by both Reed and his wife.

“You can’t hear a pump buried under the covers but you can hear the watch,” he said.

“That’s his window to remedy his condition,” Russin said, adding that the Sentry is another tool that can be a beneficial addition to a diabetic’s current arsenal, and is can be especially complementary worn with a continuous glucose monitoring device.

Available since January, the new Sentry has already sold between 2,500 and 3,000 devices, and new devices are ready for shipment immediately.

The device, which is the size of a wristwatch and worn just the same, has only one button for operation, along with a simple, two-page instruction sheet. It also comes at an important time in the history of diabetes management, Russin points out, because as we develop new medications to control high blood sugar, the risk of low blood sugar events is also on the rise.

The new version is manufactured in the United States at a facility in North Dakota and is priced at $495 – much less than the estimated $12,000 of a hypoglycemic event. It includes one set of batteries that are expected to last six to 12 months, and no additional accessories are required, aside from perhaps a new strap in five years of so, depending on how often the device is worn. It also has a one-year manufacturer’s warranty.

“It won’t work for everyone, but for the people is does work for, it works very, very well,” Russin said. False positives are a possibility, and that seems to be the biggest complaint from users.

Still, for those who can use the Diabetes Sentry, it has the potential to prevent deadly episodes of hypoglycemia in a completely non-invasive way,

According to Russin, some private insurance companies do cover the device – the company is willing to go to bat on your behalf if yours does not initially agree to cover all or part of the costs – and they are currently working with Medicare and Medicaid to get coverage for those who are covered under those plans.

For more information, visit the Diabetes Sentry website at www.diabetessentry.com. 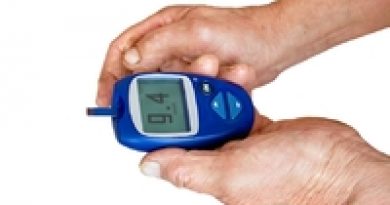