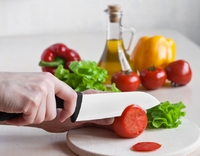 The key to encouraging people to choose healthier foods is to make good-for-you items more affordable, according to a new study.

New research from nonprofit research organization Rand Corp. suggests that rebates or discounts on healthy food not only cause an increase in nutritious food choices, but also reduces the consumption of unhealthy food.

The research, released in mid-March, is based on data compiled through a South African program offered to members of the country’s largest private health insurance company. The program includes rebates between 10 and 25 percent on purchases of fruits, vegetables, and whole grains.

Eight hundred participating supermarkets mark foods that are eligible for the discounts on store shelves. Foods on the list of about 6,000 items were selected by a team of professionals including nutritionists, physicians, and behavioral scientists.

The program now has 250,000 households taking part, and showcases that with the proper encouragement, especially when it comes to the pocketbook, healthy food choices might not be so hard to make.

“These findings offer good evidence that lowering the cost of nutritionally preferable foods can motivate people to significantly improve their diet,” says Roland Sturm, a study co-author and a senior economist at Rand. “But behavior changes are proportional to price changes. When there is a large gap between people’s actual eating behaviors and what nutritionists recommend, even a 25 percent price change closes just a small fraction of that gap.”

Experts speculate that the higher costs of healthier foods like fruits, vegetables, and whole grains contribute to obesity problems, because consumers see foods that are more calorie-dense as more budget friendly. A rebate or discount program that makes healthy food choices more affordable could be one step toward solving that problem.

According to analysis of the South African data, when offered a 25 percent discount-raised  from an initial 10 percent-the ratio of healthy foods compared with total food purchased increased by nearly 10 percent.

In the United States, a similar study was funded by the federal government in Massachusetts last year, albeit on a much smaller scale. Data from the program is currently under analysis.

Data compiled from the South African program-a free program activated by phone or online-appeared in the American Journal of Preventative Medicine. 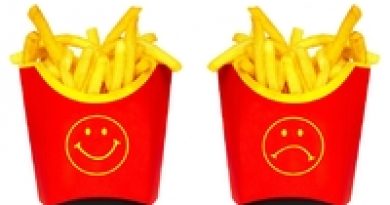 Recession May Have Worsened Obesity