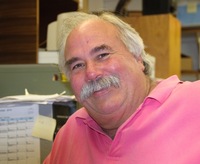 Michael Hamman is a 63-year-old contractor.  He recalls, “I first was diagnosed with type 2 diabetes five or six years ago.  I probably had elevated blood sugar well in advance of that, but I was unaware of it. I don’t remember how high my blood sugar was at the time, but I think my A1C was 7.5%.  My blood sugar’s never really been awful. Since I started monitoring myself, my sugar readings are normally between 150 and 165.  I think it was pushing 200 before I was medicated, but the medications brought it down. They started me on glyburide and I took that for a long time, and then the A1C was moving up again, so they added the metformin. The A1C now is down in the mid-sixes. They consider it controlled, not well controlled or as good as it could be, but certainly for someone my size, it’s probably as good as you can get.”

Michael weighs 363 pounds. He was recently diagnosed with peripheral venous disease, otherwise known as chronic peripheral venous insufficiency, an irreversible complication of his diabetes. He says, “I knew there was something going on with my legs because they were becoming discolored and I was getting the typical pins and needles and the slight numbness, but I thought those were just a byproduct of the diabetes. I didn’t realize that they foretold more severe problems, so the diagnosis of peripheral venous disease was kind of a shock.”

Michael explains the condition. “In the blood circulation system, the venous system returns the blood back to the heart. The way it works to lift the blood from your feet to your heart is, the veins have little one-way valves every few inches. Those valves allow each pump of the heart to push the blood up a couple of inches, but then they close so the blood can’t fall back down again. When you have this disease that I have, the blood sugar kills those little valves, and the veins just become solid pipes without any valves in them. So every squirt of blood pushes the blood up, but then it falls right back down. It doesn’t go anywhere, and gravity causes it to accumulate in the lower legs.”

“This accumulation of blood leaks out into the muscle tissue and the subcutaneous skin tissue. It causes large swelling, and it also interferes with the feeding of the skin. The skin can no longer get its nutrients from the capillary system, so the skin dies, and the swelling causes it to crack and open. All that stuff that is leaking out of the blood, the lymph and all, just leaks out through your skin, further exacerbating the rot of the skin. And then you get opportunistic infections because all this moist, nutrient-rich material is an open invitation to any bacteria that’s floating around. So that’s the disease, and those valves are shot forever. Whenever you get a diagnosis that something is irreversible and you’re screwed for the rest of your life, that’s not what you want to hear, you know? So that’s my situation.”

“I first noticed this problem with my legs not more than two months ago, and it went from noticeable to catastrophic in a period of a  couple of weeks. It just engulfed one leg from the instep of the foot all the way to the knee, and the other leg in an eight- or ten-inch band around the ankle. The outer layer of the skin is completely gone, so these areas are like large burn areas, and they’re very painful and very fragile. The slightest little bump causes an opening.”

“The only way to manage the condition is to spend as much time as possible with your legs elevated above your heart and have gravity work for you to return all the blood to the heart. So I started doing that, and it’s had a salubrious effect. The swelling has been reduced by a huge amount, and the skin is healing.”

“But in my case, I have a double whammy.  I also have sleep apnea, which I’ve had now for probably 15 years. If I lie down horizontally, I can’t get any deep sleep, because the moment I fall into deep REM sleep, I stop breathing and then I wake up gasping for breath. It’s as disconcerting as hell to wake up and think you’re drowning, and to do that maybe two dozen times a night.  So five or six years ago, I started sleeping in a chair, and that completely eliminated the symptoms of sleep apnea. But unbeknownst to me, that was the wrong thing to do for my legs. By never ever allowing my legs to become elevated and never allowing gravity to help, they just got worse.”

“So now I’m trying to invent ways to get my legs up as high as possible and still allow me to sleep. What I’ve done to date is, I lay in bed until I find myself falling into deep sleep. Then I get up and sit in the chair for a few hours, and then, when I wake up, I go back to bed. That’s what I will have to deal with for the rest of my life, spending as much time as possible with my feet up in the air.”

“Of course, losing weight and starting to exercise would alleviate a lot of these problems, so that’s another goal, to try to figure out that problem. I’m not a fool-I knew that being overweight and being lethargic were not healthy, and once I was diagnosed with diabetes, I knew that these outcomes were possible, or even likely. So I had plenty of warning. Of course I knew it could happen, but that knowledge didn’t have a very dramatic effect on my behavior.”

“For me, and I think there’s a lot of other people like me, over-eating is deeply rooted in psychological patterns. From early childhood, eating was for me a form of self gratification. If something happened that was disturbing, I would eat to feel better. Logically that doesn’t make any sense, because of course you don’t really feel better. But now, when you’re 64 years old and you’ve got a lifetime of that behavior, losing weight requires a level of constant vigilance and awareness that is difficult to achieve.”

“What happens is you develop this pattern I call grazing. It’s almost an out-of-body experience. You turn off that self-censor, and you just stand in front of the refrigerator and eat everything in sight. It’s not so much that you’re hungry-actually it has nothing to do with hunger.  I’m not sure I even know what hungry is anymore. But it’s tranquilizing. You kind of go into this zombie zone and you just graze. The temptation to do that, the pull to do that, is very powerful, and it’s hard to constantly, constantly resist that.”

“Sure, anyone can say, ‘Oh no, not now,’ but then in three hours, you’re back to wanting to do it again. So it’s a constant struggle, and, like I said, it takes a lot of energy to do that. I’ve done it in the past, and I know how to do it. It’s not a question of knowledge. Losing weight is not rocket science. All you’ve got to do is eat fewer calories, and the strategies to do that are varied, but they all work.  It’s the focus that’s so hard.”

“I was overweight as a child, as a small child. I crossed 200 pounds when I was in the sixth grade, and I have never seen the shy side of 200 pounds in all those years since. I have had this problem my entire life, and at various stages of my life I was able to control it better than others, for some periods as long as a decade. But usually something came along that would trip me up, and it would get bad again. For a while, I haven’t really had the psychological energy to deal with that again. You just want to go, ‘Oh screw it, it’s not worth it.'”

“It’s not even a day-by-day effort-it’s a minute-by-minute thing. It’s not something you can do and have it be done. It’s something that you have to do every minute of your life, from now on, and that’s a very daunting prospect.  Every time you eat requires an affirmation of all those promises, and it’s not like you make it once. You have to do it ten times a day for the rest of your life, and that’s a real challenge. Finding the motivation to be constantly alert and constantly conscious and in control of your eating is a difficult thing.” 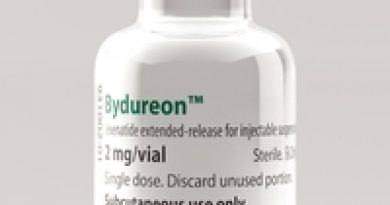 An Update on Bydureon 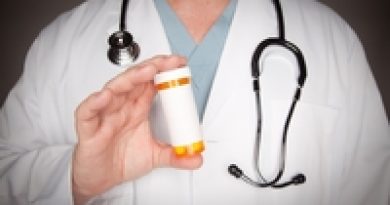 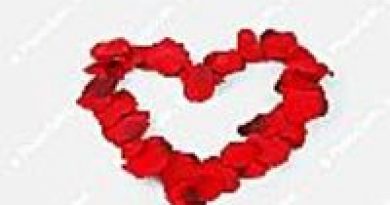