Currently there are an estimated 16 million people with diabetes in the United States. Perhaps ten percent are insulin-dependent-the rest have type 2 diabetes, which they control with diet, exercise, oral medications, and insulin.

Oral medications are not insulin pills. Rather, they consist of three classes of drugs designed to improve the body’s utilization of any insulin that is still present. The three classes are the sulfonylureas, metformin, and the new acarbose.

Most “diabetes pills” are sulfonylureas, a class of chemicals that stimulate the pancreas to provide more insulin, effectively lowering blood glucose levels. People with type 2 diabetes who need more control than diet and exercise can provide, turn to sulfonylureas like tolbutamide, chlorpropamide, tolazamide, glyburide, and glipizide, for effective management. The sulfonylureas often grow less effective with the passage of time. They drive the failing pancreas to work harder, but the patient may require ever-increasing doses. At some point, no further increase in medication will be effective; the pancreas isn’t doing its job, and the patient needs to start injecting insulin.

Metformin, the second of the oral diabetes medications, works primarily by inhibiting excessive glucose production by the liver, and raises the body’s sensitivity to its own insulin.Used for decades in Europe, it can be prescribed alone or with the sulfonylureas. Metformin helps people with type 2 diabetes make better use of the insulin they have left.

Acarbose, the third of the current oral meds is completely different. A carbohydrate absorption delayer, it delays the absorption of digestive enzymes which break down carbohydrates into glucose, allowing glucose absorption. This keeps glucose levels from rising excessively after meals. More a management tool than an antidote to insulin shortage, acarbose helps some people with diabetes keep a more constant blood glucose level by minimizing the highs and lows after meals.

Unfortunately, oral medications are often eventually insufficient. Many people with type 2 diabetes, diagnosed as young adults, at first successfully control their condition with diet and exercise, but find they need the pills as they grow older. A number of years (and dosage increases) later, these patients have reached the limit of what oral medications can do for them and really need to start injecting insulin. Regular, frequent blood glucose monitoring will show if you have reached the point where you should begin insulin therapy.

Here we encounter what the drug companies call “psychological insulin resistance.” Some of this is plain old fear of sticking yourself with needles. Nurtured by childhood memories of the bad old days of dull-as-nails reusable syringes. Many people would rather face a bayonet. But some doctors contribute to the problem by not explaining that the risks of remaining on oral diabetes medications, once pancreatic insulin has diminished and blood sugar control is no longer achieved, are far greater than the risks of taking insulin. Yes, insulin is a powerful medication, with risks if used incorrectly-but what in this world doesn’t have risks if used incorrectly?

Researchers at Johns Hopkins are testing aminoguanidine, a new medication that may prevent or reduce some of the complications of diabetes. Since 1992, other researchers have been testing troglitazone, which, like metformin, appears to reduce insulin resistance and improve glucose disposal for people with type 2 diabetes. Troglitazone, which may be useful for preventing type 2, is currently undergoing clinical safety trials. Swedish and American researchers are testing still another drug that may help reduce diabetes-related heart disease, and other oral medications are constantly being evaluated for possible diabetic applications. Change is coming quickly.

This article first appeared in Voice of the Diabetic, published by The Diabetes Division of the National Federation of the Blind. It has been edited by the DIABETES HEALTH Advisory Board.

Diabetes Health: What You Need for Injections Crossword Puzzle Solution for #18 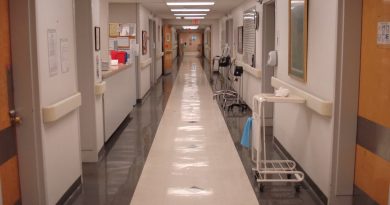 In the Trenches with Diabetes Dad: Does Anyone EVER Forget the Hospital Hallway?…..a New Family Just Found Out!

Meal Time: Where to Begin?