When pharmacy giant CVS Caremark recently announced that it would cease selling tobacco products in its 7,600 stores as of October 1, it was talking about a significant piece of change: Estimates of CVS’s current tobacco sales range from $1.5 billion to $2 billion, constituting about 1.6 to 3 percent of its earnings.

The announcement also sent a surge of energy through the anti-smoking movement that has worked for years to kick cigarettes out of pharmacies.

One of the key players in that movement is Fred Mayer, RPh, MPH, founder of  Pharmacists Planning Services, Inc. a non-profit public health consumer, pharmacy, and education foundation that was instrumental in initiating the Great American SmokeOut, one of the most popular and successful anti-smoking campaigns of the past 40 years. All told, PPSI has generated 55 health safety campaigns on issues ranging from tobacco use and diabetes to obesity, colorectal cancer, alcoholism, and sexually transmitted diseases.

In the wake of CVS’s announcement, Mayer’s organization plans to go after Walgreens, Rite-Aid, Kroger, and Safeway which operate, respectively, 11,200, 4,600, 2,100, and 1,300 pharmacies. According to the Center for Global Tobacco Control, in an article published in the Los Angeles Times, less than 5 percent of U.S. tobacco sales were made through pharmacies in 2009. However, says the CGTC, sales at those sources have been increasing even as overall cigarette sales have declined.

According to Euromonitor International, a London-based business intelligence firm, U.S. cigarette sales in 2013 totaled $91.5 billion. U.S. health authorities estimate that 480,000 Americans die each year from tobacco-induced disorders, such as lung cancer and cardiovascular disease. Treatment of tobacco-related illnesses are estimated to cost the U.S. economy almost $300 billion per year.

Approximately 42 percent of the U.S. adult population smoked in 1965, a percentage that has declined since to 18 percent. Healthcare experts say that the percentage of smokers has stalled at the 18 percent mark, despite 50 years of aggressive anti-smoking campaigns in the wake of the U.S. Surgeon General’s landmark 1964 declaration that smoking is a serious health hazard.

Besides momentum from the CVS announcement, Mayer has another tool he is using to bring pressures against those remaining large tobacco product sellers: The support of 28 attorneys general from 24 states, three U.S. territories, and Washington, DC, in asking the four big pharmacy chains to cease tobacco sales. On March 16, they sent a letter to the chains’ chief executive officers declaring that it was incongruous for outlets that provide healthcare services to sell products that are proven health hazards.

Among large, high-population states represented were Illinois, New York, Ohio, and Pennsylvania (see complete list below). However, missing from the list of state AGs was the biggest plum of all, California, home to one-eighth of the U.S. population.

Mayer did send a letter on May 1 to California Attorney General Kamala Harris asking her office to join the other state AGs, but as of this writing has not heard back from her. “We know she’s received the letter, but we haven’t yet received a response,” he says. But Mayer, who knows Harris from previous contacts with her when she was the City Attorney of San Francisco, says he’s not worried about eventually getting her to join the effort.

“A Legal Right to Sell”

The arguments Mayer expects he may see when the big chains respond to the AGs’ letter are ones Walgreens gave in 2012 in response to the question “should pharmacies be selling a substance that kills people?” “The response,” says Mayer, “was: 1.) ‘we have a fiduciary responsibility to our stockholders; 2.) more than 20 percent of Americans smoke-it will put us at a competitive disadvantage if we eliminate cigarettes in our 11,200 Walgreens; and 3.) it’s legal to sell them-why send our customers elsewhere?'”

Mayer thinks the “legal right to sell cigarettes” argument may have passed its pull date, in terms of persuasiveness, morality, and profitability. “What made CVS finally bite the bullet was that their insurance pushed them. They’re the second largest pharmacy benefit manager in the country, with almost 12 percent of the field and serving 85.1 million customers. CVS has many in-store mini-clinics with nurse practitioners on hand dispensing health advice, so, there was a huge disconnect, easily perceived by the public, between selling tobacco products and products designed to stop tobacco addiction at the same time.” But, says Mayer, the prospect of having to deal with down-the-road costs to it as a PBM, brought on by smoking it encouraged, was perhaps the strongest motivator.

Besides working at the state level, Mayer is focusing PPSI’s efforts on its home county of Marin, an affluent northern neighbor of San Francisco. “We’re meeting soon with the county board of supervisors to ask for a ban on pharmacy tobacco sales in the county’s unincorporated areas. What’s interesting is that the board received three-page letter from Lorillard three years ago threatening a lawsuit if it passed a ban. However, we fought and won this war later in San Francisco, so we have a precedent in our favor.”

If the campaign to get the big pharmacy chains out of tobacco sales succeeds, Mayer says he will set his sights on e-cigarettes, a growing market that has already exceeded $2 billion in U.S. sales. He acknowledges that although there are no studies that show the smokeless tobacco products serve as gateways to traditional cigarette smoking, he is concerned that e-cigarettes expose users to nicotine, one of nature’s most highly addictive substances.

The campaign to oust tobacco products from big pharmacy chain shelves is one that ultimately will be decided in corporate boardrooms. Pharmacists working for targeted stores are understandably reluctant to publicly advocate for what anti-smoking activists are seeking. But the chains themselves very likely are aware of a statement made by pharmacy school deans B. Joseph Guglielmo, PharmD, and Craig Svensson, PharmD, in the March 14 issue of Drug Topics: Less than 2 percent of U.S. pharmacists support tobacco sales in pharmacies.

AGS Who Sent the Letter: 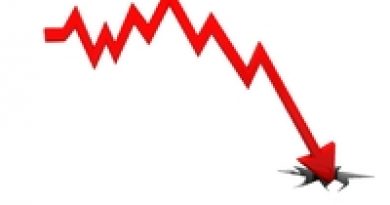 Child and Teen Deaths from Diabetes Plummet Over 41-Year Period 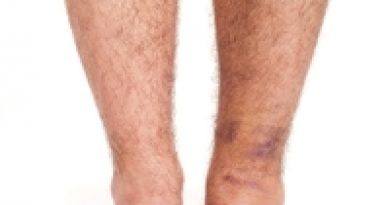 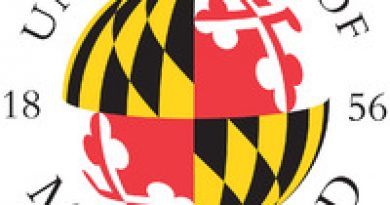