Diabetes Diabetes Health Diabetes Health Magazine News Research Report Type 2
September 24, 2014 Nadia Al-Samarrie 0 Comments
According to analysis from the Novo Nordisk DAWN2 study, a global study to address the unmet needs of those with diabetes, minority populations in the United States have a more positive outlook when it comes to their diabetes than whites, but report more distress related to their disease, which could lead to negative outcomes.
The DAWN2 (Diabetes Attitudes, Wishes and Needs 2) study is a follow-up to a 2001 study, and found that in the United States, minorities including African Americans, Chinese Americans and Hispanics reported having a more positive psychological well-being, a better quality of life and felt more empowered regarding their diabetes diagnosis compared to whites.
Still, minorities reported higher levels of diabetes distress and felt more burdened by the dietary restrictions, blood sugar monitoring and perceived discrimination related to their diabetes than whites.
“Despite the fact that minority populations are at increased risk for diabetes-related physical health problems and complications, minority groups in this study reported better quality of life and increased empowerment compared with non-Hispanic whites, but they struggle with diabetes distress,” said Mark Peyrot, Professor and Chair of Sociology at Maryland’s Loyola University and principal investigator of the DAWN2 study. “It is important that diabetes care teams be aware of the differences among the diverse populations living with the disease in the United States in order to tailor their approaches to improve the psychological well-being of people with diabetes.”
DAWN2 is the largest global study to explore the unmet needs of those with diabetes, and includes participants from 17 countries across four continents. The aim of the project is to determine what needs of those with diabetes are going unmet, to establish a more global health policy regarding diabetes and its treatment and to encourage patient involvement in their own diabetes care and management.
“The psychological impact and burden of diabetes on people living with the disease, especially minority groups, is not fully recognized,” said Todd Hobbs, US Chief Medical Officer for Novo Nordisk Inc. “We continue to learn from the DAWN2™ study and hope that these insights will bring light to many important issues facing the diabetes community.”
The new, U.S.-based research appeared in the journal Current Medical Research and Opinion. 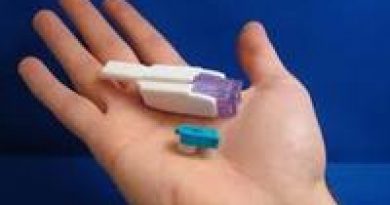 Mannkind’s Inhalable Insulin, Afrezza, Put Back on Hold by the FDA