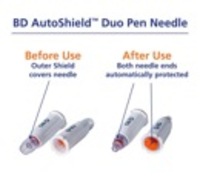 For many people, it’s difficult to overcome the anxiety associated with injections. BD Medical, a New Jersey based company, created the AutoShield Duo Pen Needle, with shields on both sides that not only camouflage the needle so users don’t have the visual cues that can cause anxiety, but also prevent accidental needle sticks that can occur either before injecting or while removing the needle.

“In focus groups we’ve seen that even people who have injected for years still have anxiety,” said Carl Ward, Vice President, US Sales & Marketing, BD Medical-Diabetes Care. “Tt helps people feel more comfortable about injections, and it we can reduce anxiety and make it less stressful so that people are more compliant or may start insulin earlier, that’s what we’re trying to do as a company.”

The pen needle was originally designed for institutional use in keeping with BD’s role as the world’s leading supplier of devices to prevent sharps injuries – but after many patients asked for the needles for home use, the company tweaked the instructions to suit patients rather than health care providers and set the process into motion.

This is especially helpful for those who haven’t been injecting for long and question with each injection whether or not they did it correctly.

Additionally, according to Ward, the needle is shorter than the 8-millimeter needles used by a majority of insulin users, and more in line with American Diabetes Association guidelines regarding needle length. Because longer needles pose the risk of injecting insulin into muscles, where it may be released too quickly so it won’t be as effective, the ADA recommends a shorter needle such as the one used by the AutoShield Duo, which will inject injects directly into subcutaneous tissue, where insulin is more easily absorbed and put to use.

The AutoShield Duo is compatible with all insulin pens, and also includes a rear shield that covers the needle point when it is removed from the pen for disposal, protecting against accidental sticks both during the removal process as well as when disposing of the needle.

The company has started shipping BD AutoShield Duo pen needles to major retailers, and is launching to retailers Oct 1st.

Those who are unable to find the needles should ask their doctor or pharmacist. For more information, visit  www.bd.com/AutoShieldDuo. 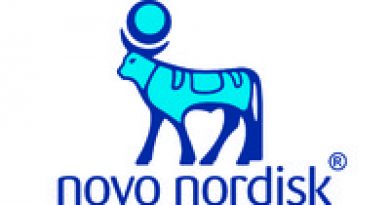 Fewer Hypoglycemic Episodes With One Insulin in Head-to-Head Comparison 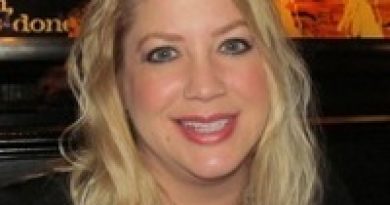 Seize the Day, But Don’t Forget About Tomorrow

AskNadia: Is Bad Breath and Dry Mouth from My Diabetes