The hardest part was not the climbing,” says Midge Cross, 59, of her attempt to scale Mount Everest, the highest mountain in the world. “It was the tedium.”

Cross, from Mazama, Washington, might seem like anyone’s grandmother. Except that she regularly runs 15 miles a day on mountain trails near her home, goes rock climbing, and has taken mountaineering trips in France, Switzerland and Slovenia. In addition, she lifts weights, cycles and skis competitively.

Cross also has latent autoimmune diabetes of adults (LADA). Her diabetes was diagnosed 18 months before she was set to leave on her expedition to Nepal to climb Mount Everest.

“I was horrified,” she recalls. “My husband had to give me shots for the first few weeks. Then I thought, ‘Okay, I have diabetes. Let’s get on with things here!’ “

Cross specifically focused on how to be active while controlling her diabetes.

“I promised myself it would not interfere with my activity level, and it hasn’t.”

Cross was part of a team whose goal was to become the first all-American, all-female team to climb Mount Everest. Although the team did not reach the summit, she views the attempt as a valuable experience.

Once a Fighter, Always a Fighter

Cross knew about overcoming physical limitations. She had already had experience fighting off one dangerous foe—six years ago, she was diagnosed with breast cancer.

“I had a little bit of ‘why me?’ Then I thought, ‘Okay, I have breast cancer. What am I going to do about it?’ I had a lumpectomy and five weeks of radiation, and I never looked back.”

After five years with no recurrence, cancer survivors are considered home free. Today, Cross works as an advocate for breast cancer research and speaks to groups of women who are suffering from breast cancer.

She has also taken the changes in her life since diabetes in stride. The biggest change?

“I have to pay attention now,” she simply notes.

Cross carries her insulin and some glucose with her when she goes skiing or running. She also pays attention to what she eats.

“I’ve always been pretty lazy about thinking about food and [diet], so it adds a layer of complexity, but it’s not a big deal.”

Using Her Everest Hike to Learn About Diabetes

Cross had little time to train for the Everest expedition. As it turned out, however, she didn’t really need much training.

Because Everest is more than five miles high, climbers actually spend most of their time at various base camps. From these camps, they climb up to higher elevations and then back down again, acclimatizing their bodies to the altitude.

Cross found the process of repeating the same climbs day after day—and sitting around feeling uncomfortable at base camp—rather dismal.

“It’s not my kind of climbing. I’m not a patient person. I like to go to a mountain, climb it and go down.”

Besides, she says, “base camp is not a lovely place. It’s just rocks, ice and snow. There’s really nothing to do but read, play cards and eat.”

Cross used the experience as a time to learn about diabetes.

“Since I haven’t had diabetes very long, I was very interested to see how this type of exercise would impact my blood glucose. I had expected to see low readings on Everest. But I saw high ones! Perhaps the level of my exertion was signaling my body to make more glucagon. I had one reading over 400 mg/dl.”

In retrospect, she admits that she was not aware of potential problems with blood-glucose meters at higher elevations. Cross, who used LifeScan’s OneTouch Ultra for the climb, reports that she did not notice any problems with the meter readings. LifeScan, however, cautions that the OneTouch Ultra’s operating range is 43 to 111 degrees F, with an altitude limit of 10,000 feet (see “Getting to Know Your Meter,” February 2003, pp. 36-37).

Another cause of high blood glucose was her diet during the expedition.

“In my regular life, I don’t eat white food. I know that potatoes, bagels and rice are very high on the glycemic index. I think one of the problems in Nepal was that we ate lots of rice and potatoes and white bread. I had to, because there wasn’t much else, and I had to get in enough calories.”

Cross doubled her usual 5 units of Lantus each day to 10 units, and added 2 more units of Humalog to her usual 2 units for each meal.

The Thrill of It All

The Everest expedition certainly had its rewards.

“The scale is beyond your imagination. The walls tower above you, the ice chunks loom, incredibly menacing from far overhead,” she says. “The crevasses are huge, the ridges are high and sharp and etched against the sky. One feels very tiny there. Your insignificance is very apparent.”

Cross also describes the excellent support she received from the other members of the team.

“There was one moment where I was up pretty high, and we were near the ice. A storm was coming, and my blood glucose was 40. I was sort of waving my ice axe aimlessly. Luckily my teammates were watching!”

At an altitude of 26,000 feet, the weather changed and became so hot that Cross began to develop exercise-induced asthma. She decided not to go any farther, fearing she would slow down the rest of the team. But at 28,000 feet, other members also began experiencing problems. With the sudden shift in weather, they decided that they too would turn back.

Cross does not believe that reaching the summit was necessary to get their message across.

“One of my goals was to say ‘I have diabetes, but I live a fabulous life!’ If I help one person in that way, I’ve done good work.”

As a person with diabetes, Cross wants to use the example of her active life as an inspiration to others.

“I do not believe I will have a recurrence of breast cancer, but diabetes you never get over. With diabetes, there is no ‘after.'”

“I am skiing across Finland from Russia to Sweden.”

That’s 450 kilometers in seven days. Not what most people would consider typical exercise, but certainly not dull. 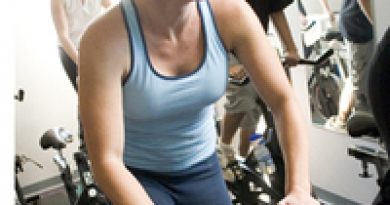 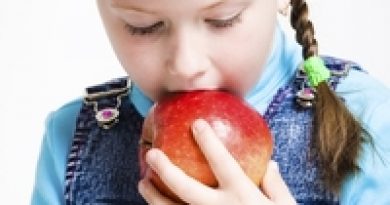 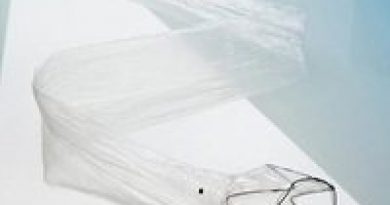