Several recent developments indicate that the push to expand pharmacists’ responsibilities and ability to deliver primary healthcare is winning friends and influencing people:

– In California, SB 493, a measure that would give pharmacists broader scope as healthcare providers, has been passed by the State Senate and moved on to the State Assembly’s Business and Professions Committee. It arrives there in the wake of two companion bills, SB 491 and SB 492, that expand the role of nurse practitioners and optometrists, respectively.

– As detailed in recent “The PHS Chief Pharmacist Speaks Out” columns in Diabetes Health Pharmacist, the federal government has experimented successfully with involving pharmacists in the delivery of healthcare on Indian reservations, including diabetes patient education and the ability to prescribe drugs. The program is most likely a prelude to a federal push for greater pharmacist participation in the overall national health system.

– A Tennessee experiment conducted by the Diabetes Initiative Program followed 206 adult type 2 patients for a year to see if intense collaboration between physicists and pharmacists would lead to a reduction in patients’ A1c’s. Pharmacists in the study provided education, ordered lab tests, made referrals, and helped manage drug therapy, including discontinuing it if they thought it appropriate. The study noted an increase in the number of patients whose A1c’s were below 7%, from almost 13 percent of participants to nearly 37 percent, and concluded that the doctor/pharmacist collaboration helped produce that outcome.

– A recent study from the George Washington School of Public Health and Health Services concludes that the United States is producing an alarmingly low number of primary care physicians. According to the study, less than 25 percent of newly credentialed doctors go into primary care medicine, and of that number, only 4.8 percent set up shop in rural areas. This shortage sets the stage for including pharmacists, nurse practitioners, and other healthcare providers to help fill the primary care provider gap.

California as a Bellwether

SB 493 was generated by growing concerns that the state’s inland rural areas are beginning to suffer from a physician shortage as primary care doctors migrate to California’s wealthier coastal enclaves to generate incomes large enough to offset their medical training debt.

But a big problem for the state is that it lacks the money to build more schools or help medical school graduates pay off their student debt. California’s bonding capacity has been downgraded over the past three years from AAA to A (see here), which means the state must pay higher interest rates to attract bond buyers. The state has been flirting with insolvency for several years,  hit hard by the continuing emigration of some of its wealthiest taxpayers and companies to other states, as well as the need to address unfunded pension system liabilities that are now estimated at $500 billion.

In short, the CMA’s recommendations may not be at all feasible in light of the state’s financial condition. That lends considerable power to the push to bring about greater pharmacist involvement in primary healthcare delivery. Add to that California’s role as a national bellwether-how it addresses its financial crisis will affect how other states address theirs, including turning increasingly to pharmacists for help.

The takeaway from the federal experiment at ramping up pharmacist participation in consulting, educating, prescribing, and managing patient healthcare is that its success will add the prestige and clout of the U.S. government to the movement to increase pharmacists’ responsibilities.

Generally speaking, pharmacists are more accessible to patients than their primary care physicians. Those relationships are more informal, rarely dependent on appointments, and often involve more frequent contacts. Greater patient comfort with pharmacists translates into a greater likelihood that they will follow pharmacists’ advice and recommendations. Giving pharmacists increased legal authority to deliver certain aspects of primary care would have the advantage of building on an already established set of solid relationships.

California’s problems serving rural areas with an adequate number of primary care physicians turns out to be a nationwide concern. Along with the conclusions stated in the George Washington University study, there is an increasing likelihood that as the Affordable Care Act comes more into play, it will have two negative impacts on the number of physicians-one absolute and one relative:

1.      Medicine will become an increasingly unattractive field as profit margins are squeezed by regulations. This in conjunction with the rising cost of a medical education, which, like all student tuition costs, has been rising for years far faster than the rate of inflation. Net result: fewer young people entering the medical profession.

2.       Doctors who do not wish to be forced into group practices dependent on government regulation and reimbursements will form independent “concierge” practices where patients pay a set yearly fee, usually in the thousands of dollars, for non insurance-dependent healthcare. These practices work best in densely populated, relatively affluent areas. Net result: fewer doctors among those currently available to practice among patients who either cannot afford non-insured services or live far from urban centers.

None of these developments by itself will provide the decisive tipping point where greater pharmacist involvement in primary care becomes a national reality. But taken together, they indicate an increasingly strong trend: The era of pharmacists operating almost totally in the healthcare system background is clearly drawing to a close. 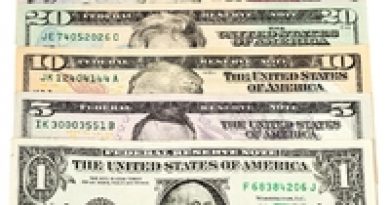 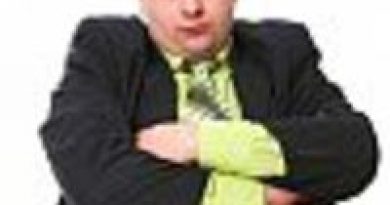 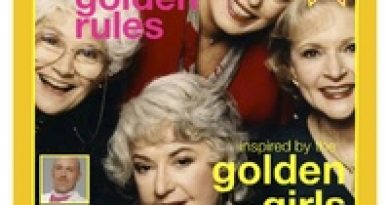 Mark the Season With Inspiration