Rob Cooper isn’t one to shy away from a challenge.

After the Illinois native’s diagnosis of type 1 diabetes at 14, the teen who never really thought of himself as an athlete began mixed martial arts training, a rigorous physical workout that merges mind and body while pushing participants to their limits.

“I wanted to know how to defend myself,” said Cooper, who was 17 when he began training at the Gracie Humaita Academy in Springfield, Ill. The studio is a direct descendent of the original facility in Brazil, which started when the Gracie family moved there from Japan, where the sport has its roots.

Despite being told that his disease made jiu jitsu – which can include cage fights that are ultimately a free-for-all of punching, kicking and hitting – too risky, Cooper didn’t want to be defined by his disease, so he immersed himself in the training sessions that included drills, sparring and physical conditioning to build his strength and endurance.

“I’m not going to let it this thing stop me from doing what I want to do,” he said. “I think people should just go and grab whatever it is they want. When I’ve gone on message boards, I get the sense that people are holding themselves back, but they don’t have to be afraid to do anything. If there’s a way to do it, do it.”

Cooper, a recent college grad, has been training in mixed martial arts for six years, initially had some doubts and debated quitting – “it was really tough at first, and it took a lot of work before it became part of me,” he said – he ultimately stuck with it, and the grueling sport has since transformed his life in many ways.

“It’s made me more disciplined, made me more of a critical thinker,” he said. “There have been so many benefits, and I’m grateful every day for not giving up.”

And although there were many who pointed out the risks of participating in such an extreme sport as a diabetic, Cooper’s diagnosis has never played much of a role in his martial arts training.

Cooper checks his blood sugar regularly, especially during long workouts to he can correct highs and lows, and he removes his insulin pump during training sessions to prevent dangerous drops.

For his first fight, he almost left the information off his release forms for fear they wouldn’t let him compete, but when he saw the on-site doctor was wearing an insulin pump, he revealed his medical information, which was received with a shrug, which is in a way similar to Cooper’s own approach to his disease.

“There was a little moment when I felt really sorry for myself, but then I just kind of rolled with it,” said Cooper. “Life’s not easy, and everybody’s got their challenges.”

For Cooper, those challenges come in the form of the opponents he faces in the cage.

While he originally had no intention of fighting, a desire to discover how strong he had become through training led him to face his first opponent. He has since been part of seven cage fights, and has a 5-2 record.

To improve his skills, Cooper last summer burned some frequent flyer miles on a trip to Tokyo, where he got a chance to train at the site where jiu jitsu was first established in the 1930s. There, under the tutelage of black belt world champ Koji Shibamoto, he learned that the training methods used at his Illinois studio are very similar to those originally established in Japan.

“It’s good knowing that what we’re doing is the right thing,” Cooper said. “We haven’t watered it down.”

His parents have been extremely supportive of his sport, and have been cheering him on from the sidelines, although his mother didn’t attend his first six bouts, and instead stayed home and cleaned house to take her mind of her worries, Cooper said.

She finally did attend her son’s last bout, which lucky for her, Cooper said, was rather mild-mannered given the physicality of the sport.

Even so, she’s likely grateful that a new job has curtailed Cooper’s fights for a while, though he still trains rigorously to maintain the benefits his sport of choice has given him.

“It’s made everything a lot easier,” he said. 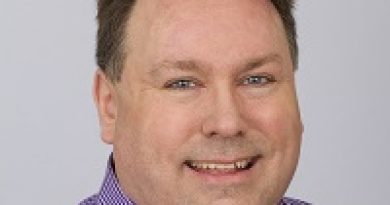 Diabetes Health Type 1: The Good and the Bad in Our Diabetes Advocacy World