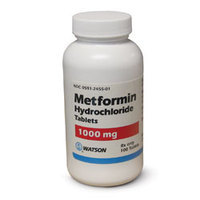 Like aspirin, metformin is one of those drugs that over the years keeps proving itself beneficial in ways it wasn’t originally intended to be.

Two recent studies show that metformin may boost the survival rate among ovarian cancer patients who have diabetes, as well as reduce the risk of depression, dementia, and Parkinson’s disease in type 2 patients.

Researchers at the world-famous Mayo Clinic in Rochester, Minn., tracked 61 metformin-taking women with diabetes who also had ovarian cancer, and 178 diabetes-free ovarian cancer patients who were not taking the drug. Both groups were matched for age, stage of their cancer, and other factors.

Worldwide, several studies are now underway on metformin’s cancer-fighting abilities. If scientists can establish as positive link between the drug’s use and lessened risk of developing certain cancers, it could join the apothecary of anti-cancer drugs as a welcome low-cost therapy.

Developed in the 1950s and first marketed in the United States in the 1990s, metformin is cheap and easy to manufacture, and inexpensive to buy. Because it is the drug doctors and endocrinologists are most likely to prescribe as the starting therapy for newly diagnosed people with diabetes, it has a years-long track record of use by large numbers of patients with few adverse side effects.

Speculation about the reason for metformin’s surprising cancer-fighting properties centers on the fact that metformin lowers the amount of insulin circulating in the blood. High amounts of insulin in the bloodstream are thought by some scientists to be a factor in the development of certain cancers.

An abstract of the study is available.

An Aid Against Depression?

In other welcome findings about metformin, Taiwanese researchers report that type 2s taking the drug were less likely to develop depression, as dementia and Parkinson’s disease, especially if used with sulfonylureas. (The metformin/sulfonylurea combination is the most typical therapy doctors give type 2 patients.)

Diabetes is often associated with an increased risk of depression and other mood disorders, possibly because of negative effects on brain chemistry and structure. The researchers at Taiwan’s National Health Research Institutes found that metformin users’ risk of developing depression was more than 50 percent less than among type 2s who do not take the drug.

Diabetes is also linked to an increased risk of dementia and Parkinson’s, both neurodegenerative
diseases.

An abstract of the 12-year study of Taiwanese adults with type 2 diabetes is available online in the medical journal BMC Medicine. 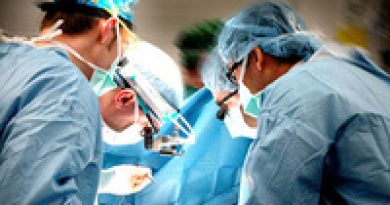