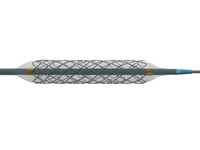 (Editor’s Note: Some information in this article is from a press release issued by Medtronic, Inc.)

Minneapolis-based Medtronic, Inc., has announced FDA approval of its Resolute IntegrityTM Drug-Eluting Stent for the treatment of coronary heart disease. It is the first DES approved in the US for use with diabetic patients who have CAD.

Patients with CAD often undergo a therapy called percutaneous coronary intervention. Also known as angioplasty, PCI involves placing small devices called stents into arteries that have been clogged by plaque. Stents are small tubes that help expand and support an arterial pathway. A drug-eluting stent not only works to keep narrow arterial passages open and reinforced, it is coated with medicine designed to treat arterial damage.

Because people with diabetes run a substantially higher risk of cardiovascular disease than the non-diabetic population, they often require treatment for clogged arteries. But they present certain problems: They tend to have smaller and often tortuous arteries, and longer lesions in them. Doctors using conventional stents with diabetic patients often have been frustrated by a relatively high rate of failure. These have been brought on by the need for repeat procedures, or in some cases, the onset of stent thrombosis, where blood clots form in the stent.

To address the clinical need for a stent that would work well in people with diabetes, Medtronic designed several clinical trials to test the Resolute Integrity DES. A global clinical program, consisting of a large, randomized, controlled trial, and a series of confirmatory single-arm studies, involved nearly 250 sites in 32 countries. In all, the program enrolled more than 5,100 patients who received a Resolute DES; about a third (1,535) of them patients had diabetes, a proportion that mirrors the US patient mix.

The clinical trials found that the new stent performed similarly in both CAD patients with and without diabetes.

The new Medtronic stent is based on use of a proprietary engineering advance called continuous sinusoid technology. CST molds a continuous metal strand into a sinusoidal wave-like the waves on an oscilloscope-and then wraps it in a spiral pattern to produce a device that is comparable to a flexible spring. The polymer-based stent is then infused with drugs.

Martin B. Leon, M.D., director of the center for interventional vascular therapy at New York-Presbyterian/Columbia University Medical Center, and a principal investigator of the RESOLUTE US clinical study, said “It’s exceptionally easy to navigate the stent on the delivery system through the coronary vasculature to the narrowed arterial segment that requires treatment.” He said that the device’s combination of deliverability, efficacy, and safety, as well as FDA approval for its use in diabetes patients, holds out promise that it will gain rapid acceptance nationwide. 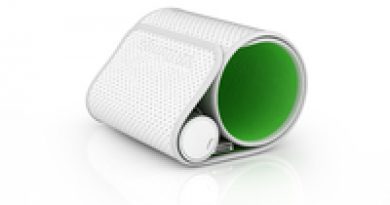 Not Your Father’s Blood Pressure Cuff 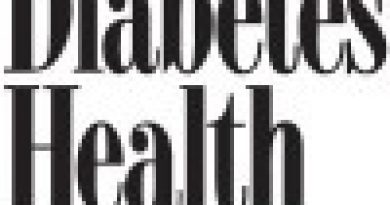 A Gift from Diabetes Health for World Diabetes Day 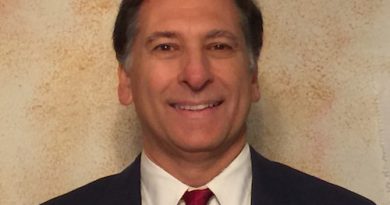