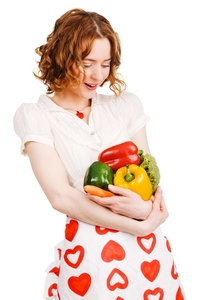 The public perception of low-carbohydrate diets often involves mounds of bacon, piles of steaks and rivers of cheese. After all, when the Atkins Diet swept the country more than a decade ago, that was one of the ways people described it to their friends — and one of the ways that critics tried to define it.

But the low-carb approach to food doesn’t have to look that way. Indeed, a variant on the Atkins Diet, called Eco-Atkins, has racked up impressive results in a

recent study. It requires participants to eat fewer carbohydrates than most diets, and It’s vegan.

The results were striking and positive. Over a six-month period, study participants lost four pounds more than subjects in the comparison group that ate a high-carb, low-fat diet. They also saw a 10 percent drop in their cholesterol levels.

Scientists behind the study say they expect it to be easily duplicated in everyday life, said the director of the clinical nutrition and risk modification center at the Canadian hospital. “We could expect similar results in the real world because study participants selected their own diets and were able to adjust to their needs and preferences,” said Dr. David Jenkins.

Ultimately, one of the reasons people resist low-carbohydrate diets are the perception that they’re somehow unhealthy. Those mounds of bacon have lodged themselves in the popular imagination. More recently, modern diets have embraced many of the tenets of low-carb eating without specifying themselves as such (the Paleo diet, for example).

The Eco-Atkins approach takes another step in redefining what these diets mean, and how healthy they can be. For people with diabetes, who can reap real benefits from such an approach, more options can only be a good thing.