Edward Danielson developed type 1 diabetes 79 years ago, in 1931, only a decade after the discovery of insulin. Edward’s wife of 67 years, Dorothy, recalls, “In the spring of 1930, when Edward was ten, his teacher told his mother that he ought to be checked by a doctor because something seemed to be wrong. His mother got on the streetcar with Edward and they went down to see the doctor, who said, ‘There’s nothing wrong with him. He’s just slow.’ So they went home. In the fall of the same year, his new teacher said, ‘Something’s wrong with Edward–he ought to be checked out by a doctor.’ So they went back, and that doctor diagnosed him with diabetes. They kept him in the hospital for a month because the doctors then didn’t know that much about diabetes 1.”

Edward was started out with U20 regular insulin and then went to U40, which used for years. Now, he uses three shots of U100 regular and one shot of Lantus.

When Edward got diabetes, blood sugar was checked by urine tests. His daughter, Marcia, says, “I remember the little test tubes that he would have the urine in, and he’d put these little tablets in to see what color it would turn. I was always fascinated by that when I was a small child.” Edward adds, “When it was blue, we were glad.”

Edward uses a meter now, of course, a Contour, but he has not switched from multiple daily injections to a pump. Dorothy says, “The pump didn’t appear until late in his life, and the doctor wondered whether it would be smart to do that. Now that he’s lived so much longer, I think it would have been smart to have the pump, but we didn’t know he was going to live so long.”

Edward notes that people didn’t talk about diabetes much back when he got diabetes. “We tried to keep it quiet,” he says. “I wasn’t exactly proud of it.” He adds, “I never was very outgoing. I was always quiet.” Dorothy says, “I think that’s because your mother never let you go many places.” She adds, “He went to the state fair with a cousin, and he had a reaction. She was protective and wouldn’t let him go off too much.”

Edward says, “My mother was a great and wonderful supervisor. I’d have reactions out on the street somewhere, and she’d rescue me. I’d collapse on the street, and they’d have to haul me home with an ambulance or to the hospital.” Dorothy says, “It happened enough that his mother and father had quite a time to get him back on track.”

Edward adds, “She kept pretty close tabs on me. I was off to a good start thanks to my mother and dad. She was on top of the situation for a long time, and now my wife has taken over real well too.”

Dorothy recalls, “He had a little neighbor boy who played with him, and once when Ed collapsed, this little boy came running to his mother and said, ‘Edward’s had a rear-action.’ You had to laugh a little bit about it, but it was still serious.”

Marcia adds, “We as children were trained too that if he was acting a little strange, we usually had a candy bar or something not too far away. The whole family kind of supported him. As a kid, being able to eat candy bars like that seemed lucky to me.”

Dorothy reports that the family believes Edward’s growth may have been stunted by diabetes because “when he was 15, he could stand under his mother’s arm straight out. Maybe he didn’t grow as tall as he otherwise would have. He’s five feet, seven inches now, and his sister is taller than he is.”

When Edward left home, he recalls, “I went to Pittsburgh Des Moines Steel one day in 1941, applied for a job, and got it. I was there for 42 years, retired from there. They knew I had diabetes, certainly. That was in the war, World War II, and I guess they hired me because I was diabetic, and they didn’t think I’d get drafted. The war got me into the job. I enjoyed working there for forty some years.”

Edward led a very active life until very recently. He recalls, “I used to play softball for a long time.” He played volleyball as he got older too, probably into his sixties, and went pheasant hunting for many years up in South Dakota. “It certainly was a lot of fun,” he says. “I enjoyed it, tramping around the countryside. Exercise helps, I know that. I used to walk a lot.” Dorothy adds, “Even when he was in his late sixties into his seventies, he had a paper route in our neighborhood, so he got lots of exercise from that.”

Edward’s activity level slowed down about ten years ago when both feet were amputated as a result of diabetes. His wife says, ” I remember him talking to the doctor when one foot had to come off, and he said, ‘Here I thought I had taken good care of myself.’ The doctor replied, ‘You have been taking good care of yourself. The fact that you’ve lived this long without any problems tells me that you did take good care of yourself.'”

Edward reports that his kidneys and eyes are “doing pretty well, I think. I was always kind of proud of myself because I was able to drive a car so long. My eyesight is still fairly good.” Dorothy adds, “The doctor says he’s doing fine, and he goes to the doctor every three or four months, to a general practitioner.”

Asked about the keys to living 79 years with diabetes, Edward says “Exercise is good, and then, eating on time is very important too.” He’s eaten oatmeal for breakfast every morning for years, and for a long time he ate shredded wheat for lunch. He rarely indulged in treats though. His wife recalls, “When we got married, at the reception, he ate a couple bites of cake. He doesn’t usually eat cake, but he had to have a little bit of the wedding cake.” Edward remembers, “Yeah, but it didn’t throw me off too much. That was a really unusual thing, to have a bite of cake–I didn’t do that with any regularity at all. I abide by my diet pretty well. It’s important to do things regularly, at the right time. Have a structure and a schedule. I take my insulin every morning at a regular time. That’s important.” 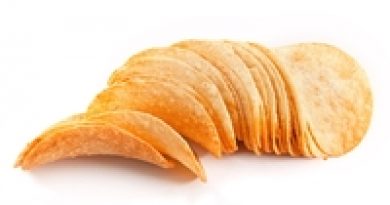 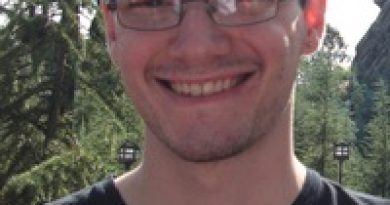